MUSSOORIE, India -- A generation of Indians has grown up on instant noodles brand Maggi, which accounts for one in every four dollars Nestlé SA makes in India. But its nonrecyclable packaging has become a big problem -- for both India and Nestlé.

Yellow Maggi packets and other plastic waste increasingly blight this verdant town in the foothills of the Himalayas and are strewn across India. Now, Maggi packets -- along with chip bags, candy wrappers and shampoo pouches from the world's biggest brands -- are the target of new laws in India, forcing consumer-goods companies to grapple with the waste their products generate.

The daily plastic waste generated by the average Indian -- while much lower than the average American -- climbed 69% between 2015 and 2018, according to government estimates. Across the country, dumps are overflowing and drains are clogging with plastic, while cows -- considered sacred -- are getting sick after eating packaging.

To get a grip, India has instituted some of the world's strictest rules on single-use plastic, forcing companies to collect packaging that is often left as litter. The country's environment minister even launched a Bollywood-style song -- complete with dance moves -- to persuade Indians to reject single-use plastics.

India's stance is part of a broader crackdown by regulators the world over on plastic that is used just once but can inflict lasting damage on marine life and the environment.

Consumer goods companies for decades have focused on marketing and sales, pumping out billions of nonrecyclable packets of everything from shampoo to coffee, with little regard for their disposal. Now the threat of fines or an outright ban on packaging that has been crucial to their success here is a major concern. Companies are counting on growth in India -- on track to overtake China as the world's most populous nation by 2022 -- to help offset slowing sales in the West.

Nonrecyclable packaging is a problem globally, but particularly acute in countries with poor waste management. Many Indian households lack regular collection services so they burn trash or dump it on the side of the road. Much of the waste ends up in waterways. Of plastic found in the world's oceans, 90% is traced to 10 rivers, according to a 2017 study published in the journal Environmental Science & Technology. Eight of the rivers are in Asia and two flow through India.

In emerging markets, products like shampoo and detergent are often sold in single-serve pouches similar to the ketchup packets that come with an order of fries. The resilient "multilayer" pouches protect against extreme temperatures and contamination, and, most important, are affordable for poor consumers. Single-serve packets make up over 80% of shampoo sales in India, Indonesia and the Philippines, according to Euromonitor.

But like Maggi, this type of packaging combines different types of plastic with materials like aluminum. That makes it nonrecyclable and of no interest to India's waste pickers who trawl through trash looking for recyclables to sell.

Three years ago, India's government said it would ban multilayer packaging by 2018, setting off alarm bells through the industry.

"We didn't want the government to phase this out and put the whole consumer-goods industry into jeopardy," says Samir Pathak, PepsiCo's sustainability chief for Asia, the Middle East and North Africa.

A consortium -- including Nestlé, Pepsi and Mentos-maker Perfetti Van Melle SpA -- tried for months to develop a recyclable alternative. After little success, they decided on a different approach.

Through street plays and workshops, the companies trained 1,500 waste pickers across eight cities to identify and collect multilayer packaging, paying them for what they brought in.

The pilot program amassed 680 metric tons of material in three months. In March 2018, New Delhi changed the law to allow the sale of multilayer packaging. The caveat is that companies must collect back the equivalent volume of what they sell and find other uses for it, like sending it to cement plants as fuel.

That is prompting Nestlé and others to hire businesses, nongovernmental organizations and local governments to collect back packaging. Companies must collect 100% of their multilayer packaging by the end of next year. Half the battle is getting households to sort the garbage rather than throwing it all in one bin.

In Mussoorie, Nestlé is sending people door to door to educate residents about proper disposal and funding plastic-packaging cleanups, moves it hopes to replicate elsewhere.

On a recent morning, 21-year-old Kiran accompanied Poonam, a waste picker, on her rounds in the town. Both women go by just their first names as is common in much of India. Kiran, whose work is funded by Nestlé, asked homemakers who answered her knock to separate packaging from "wet" waste. Only then can it be recycled, composted or used as fuel.

"You should have at least two bins, one for wet and one for dry waste," Kiran told a woman who was handing over a bag of mixed trash.

She unfurled a cement bag repurposed to serve as an educational poster, with a Maggi packet, snack bag and plastic bottle stapled to one end and crayon drawings of fruits and vegetables on the other to illustrate different kinds of waste.

In Bangalore, Unilever has started paying a waste-management firm, Saahas, to collect multilayer plastic from offices and apartment buildings.

In a sprawling office complex where 60,000 people work for companies like Morgan Stanley and Capgemini, Saahas staff trawl through bags of dry waste each morning. After pulling out bulky items like bottles, cans and big pieces of cardboard, the waste is sent to a factory on the city outskirts where conveyor-belt workers pick out multilayer packaging by hand. It is then trucked to a cement kiln 600 kilometers away for fuel.

Trucking plastic long distances to be burned hurts the environment, says Madhavi Purohit, Unilever's senior packaging-sustainability manager for Asia. But she adds that it is still better than adding to landfills.

Unilever declined to disclose how much the process costs but says it pays for transportation and even pays the kilns to accept its packaging.

Collecting from office and apartment buildings that already separate waste is low-hanging fruit. The bigger challenge is how to reduce litter and improve household waste separation.

Unilever has developed a four-week course for schools called Plastic Safari to explain the merits of separating waste and recycling. It is also lobbying education officials to include waste segregation and recycling in the regular curriculum, hoping children will influence their parents.

Despite such efforts, some government officials have accused companies of moving too slowly. E. Ravendiran of the Maharashtra Pollution Control Board says companies only swung into action after being threatened with bans or having to pay a deposit on multilayer packaging sold.

Executives say the target of collecting 100% of multilayer plastic by 2020 is unrealistic and that details on how the rule will be implemented are scarce.

As volumes ramp up and costs rise, companies are looking to monetize what they collect. Some are researching other uses for discarded packaging, like in roads or furniture, or are trying to make packaging with just one type of plastic so it can be recycled. Unilever has opened a plant in Indonesia to test recycling pouches that borrows technology used to recycle plastic components for electronic devices. Nestlé on Tuesday launched a recyclable paper wrapper for one of its snack bars in Europe, which previously came in a plastic wrapper.

Fixing Mussoorie's trash problem won't be easy. Collecting waste from houses cut into the steep hillside is punishing work. Torrential rain means plastic litter gets buried and is tough to extract. Bands of monkeys overturn bins and tear open flimsy bags of waste. During the summer, Mussoorie's cool temperatures are a magnet for tourists, doubling waste and straining the resources of a town that doesn't have a regulated landfill or incineration facility.

Nestlé's education effort -- which began in January -- spans 1,800 homes. It plans to eventually reach all 13,000 in the town, along with hundreds of hotels and businesses. It has also run radio and newspaper campaigns to discourage littering and encourage the separation of waste.

"We are looking at this project as a model for a city," says Tulika Shukla, Nestlé's manager for packaging sustainability in India.

Critics say the Mussoorie program is a drop in the bucket and that in most Indian cities a door-to-door campaign isn't viable.

Nestlé estimates it collected the equivalent of more than 20% of the multilayer plastic packaging it sold across India last year. To hit the government-mandated target of 100% by next year it has to scale up significantly.

In Mussoorie, Nestlé's Maggi packets are the biggest source of multilayer plastic waste, according to a study by the nonprofit Gati Foundation. It says 1,000 Maggi packets are used each day across 60 roadside stalls called "Maggi Points."

Gati and town officials have asked the company to ditch single-serve packets in favor of bulk packaging. Nestlé says it can't because of food-safety concerns once a packet is opened. In May, the company said it would start running a yearlong waste-collection service for the stalls.

"You feel like crying," said Sanjeev Chopra, who runs the Mussoorie-based national training institute for civil servants. "The Himalayas are polluted all over with Maggi packets." 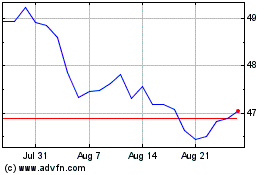 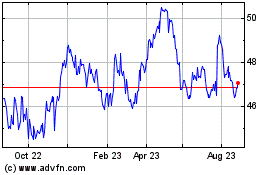 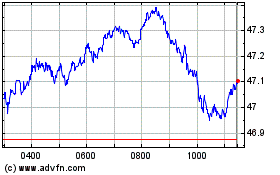