On February 28, 2019, we provided oral notice, and on February 29, 2019, we provided written notice to our President, Chief Executive Officer and Treasurer, Mr. Christopher Hughes, that his employment with TSR, Inc. (the “Company”) was terminated for “Cause” as defined in Section 6(a) of his Amended and Restated Employment Agreement (the “Employment Agreement”), dated August 9, 2018.

The Employment Agreement provides that Mr. Hughes was to be paid a base salary of $400,000 per annum, an annual discretionary bonus with advance payments on a quarterly basis based on the amount of the bonus that would have been earned through the end of each quarter according to standards established by the Company’s Compensation Committee and approved by the Board of Directors, participation in any employee benefit plan generally available to the Company’s executives, executive medical benefits and a car (leased or owned at the sole discretion of the Company). Under the Employment Agreement, the Company has the right to immediately terminate Mr. Hughes’ employment for “Cause”, in which event Mr. Hughes shall be entitled to receive his base salary for the month in which the termination is effective.

On March 2, 2020, the Company received a letter from Mr. Hughes, providing notice of his intent to resign for “Good Reason” as defined in Section 7(c) of the Employment Agreement pursuant to which he claims to be entitled to the “Enhanced Severance Amount” under the Employment Agreement. This amount which would be equal to the sum of (a) his base salary through the date of termination or resignation plus his bonus pro-rated through such date, (b) an amount equal to two times his base salary plus two times his bonus for the then-current fiscal year, or if such bonus amount cannot be determined, two times the bonus paid to him in the prior fiscal year, (c) continued group health insurance benefits (including both group health insurance benefits generally offered to all eligible employees of the Company and supplemental executive health insurance benefits) until the earlier of the second anniversary of termination or such time as Mr. Hughes is eligible for comparable coverage under the group health insurance plans of another employer and (d) reimbursement for the monthly cost of his car lease until the second anniversary of the termination of his employment; provided that, as a condition to his right to receive the payments and benefits in clauses (b), (c) and (d), Mr. Hughes executes, delivers and does not revoke a release of all claims against the Company and its affiliates.

(b)       On February 28, 2019, we provided oral notice, and on February 29, 2019, we provided written notice Mr. Christopher Hughes that effective as of February 29, 2019, he had been terminated from his positions as President, Chief Executive Officer (principal executive officer) and Treasurer of the Company and as President of TSR Consulting Services, Inc., a wholly-owned subsidiary of the Company. 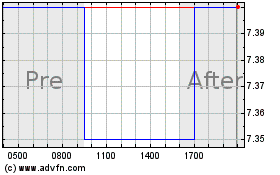