Consistent with its planned capital actions originally submitted to the Federal Reserve, Fifth Third intends on maintaining its current common dividend per share of $0.27 and extending its previously-announced suspension of share repurchases through at least the remainder of 2020. All future capital actions are subject to evaluation of Fifth Third’s performance, the state of the economic environment, market conditions, regulatory factors, other risks and uncertainties, and approval by the Board of Directors.

“The stress test results reaffirm our belief that our already-strong capital ratios would remain above buffered minimum levels for the duration of a nine-quarter severely adverse stress test, while maintaining our dividend and continuing to provide support to the broader economy,” said Greg D. Carmichael, chairman, president and CEO of Fifth Third Bancorp. “The outcomes of the stress test demonstrate Fifth Third’s balance sheet resilience, pre-provision net revenue capabilities, and the soundness of our capital levels. As always, our board of directors monitors the situation very closely and will continue to make a quarterly decision on the dividend based on the economic outlook and the strength of our balance sheet.”

Fifth Third Bancorp is a diversified financial services company headquartered in Cincinnati, Ohio, and the indirect parent company of Fifth Third Bank, National Association, a federally chartered institution. As of March 31, 2020, the Company had $185 billion in assets and operates 1,123 full-service Banking Centers, and 2,464 Fifth Third branded ATMs in Ohio, Kentucky, Indiana, Michigan, Illinois, Florida, Tennessee, West Virginia, Georgia and North Carolina. In total, Fifth Third provides its customers with access to approximately 53,000 fee-free ATMs across the United States. Fifth Third operates four main businesses: Commercial Banking, Branch Banking, Consumer Lending, and Wealth & Asset Management. Fifth Third is among the largest money managers in the Midwest and, as of March 31, 2020, had $374 billion in assets under care, of which it managed $42 billion for individuals, corporations and not-for-profit organizations through its Trust and Registered Investment Advisory businesses. Investor information and press releases can be viewed at www.53.com. Fifth Third’s common stock is traded on the NASDAQ® Global Select Market under the symbol “FITB.” 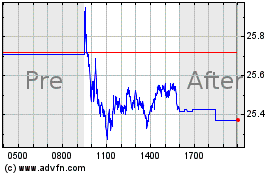