--China made a significant contribution to revenue growth

--The German engineering conglomerate raises guidance for its fiscal year

Siemens AG said Friday that net profit for the second quarter of fiscal 2021 rose thanks to the performance of its industrial businesses and the sale of its mechanical-drives business Flender. China made a significant contribution to revenue growth.

Siemens closed the sale of its Flender business to investment company Carlyle Group Inc. in March, booking a gain of EUR900 million.

Adjusted earnings before interest, taxes and amortization for its industrial businesses--a metric closely-watched by analysts--rose to EUR2.09 billion from EUR1.59 billion, with a corresponding margin of 15.1%.

Chief Financial Officer Ralf P. Thomas said during the company's earnings call that the automotive industry and machine building--two key customer markets--continued to recover at a fast pace, with orders up across all automation businesses.

Analysts had expected net profit of EUR1.56 billion, revenue of EUR14.13 billion and orders of EUR15.07 billion, according to consensus provided by the company.

Chief Executive Roland Busch echoed the message on China where he said industrial output is above pre-pandemic levels, while the recovery in Europe and the U.S. is gaining momentum as vaccinations accelerate.

Mr. Busch said during the earnings call that there should be an uptick in spending in areas such as travel and trade-show expenses as economies reopen, adding that Siemens would make selective investments in digital apps and other areas based on demand.

"We'll also continue to optimize our sales channels. After all, we want to grasp the emerging opportunities," Mr. Busch said.

Given higher visibility for the coming months and the expectation Siemens will deliver a strong performance in the second half of the fiscal year ending Sept. 30, the company raised its guidance.

Revenue growth should be between 9% and 11% on a comparable basis. The company previously anticipated a range of mid- to high-single-digit growth.

Like most companies of scale, Siemens has been affected by the global chip shortage and price increases.

"So far, our teams have been doing a great job here. They're working hard to further mitigate risks from electronics shortages and price increases in certain categories," Mr. Busch said.

Management has noted supply tensions in areas such as steel, plastics and freight capacities, saying there could be production constraints and longer delivery lead times to customers in the coming months. 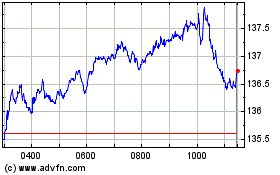