Pursuant to the A&R Employment Agreement, Mr. Steddum receives a base salary of $475,000 per annum, subject to annual review, and is eligible for an annual bonus of up to 225% of such base salary for achievement of specified performance targets as established by the Compensation Committee of the Board of Directors. The bonus may be paid in cash or in shares of TPL’s common stock, par value $.01 per share (the “Common Stock”) or a combination thereof, at TPL’s discretion. In addition, Mr. Steddum received a one-time promotion bonus of $50,000 when the A&R Employment Agreement became effective. The term of the A&R Employment Agreement ends on December 31, 2022, with automatic one (1) year extensions unless notice not to renew is given by either party at least 120 days prior to the relevant end date.

The Steddum Agreement provides for payment of severance benefits if the officer’s employment is terminated by the Company without cause or by Mr. Steddum for good reason, provided that Mr. Steddum executes a general waiver and release of claims and complies with the restrictive covenants described below. The severance benefits include (i) accrued but unpaid bonuses, (ii) long-term incentive benefits to the extent provided for pursuant to the underlying award and plan documents, (iii) a pro rata bonus for the year of termination (if such termination occurs after the first calendar quarter), (iv) monthly payments for up to 18 months of COBRA premiums for continued group health, dental and vision coverage for the officer and his dependents, and (v) an amount equal to one times the average of his base salary and bonus for the preceding two years. If Mr. Steddum’s employment is terminated by the Company without cause, by the officer for good reason, or upon failure of the Company to renew the term of the Agreement, in all such cases, within 24 months following a change in control of the Company as defined in the Steddum Agreement, then, in lieu of the amount specified in clause (v), Mr. Steddum will be entitled to an amount equal to 2.99 times the greater of (a) the average of his base salary and bonus for the two years preceding the year in which the change in control occurs, and (b) his base salary and target bonus for the year in which the change in control occurs. If Mr. Steddum’s employment terminates due to death or disability, he or his estate will be entitled to the benefits described in clauses (i), (ii) and (iii) above. Mr. Steddum will also be entitled to payment of accrued but unpaid salary, accrued but unused vacation, unsubsidized COBRA benefits, and unreimbursed business expenses, following termination of employment for any reason.

The Steddum Agreement provides that Mr. Steddum will be entitled to participate in all benefit plans provided to the Company’s executives of like status from time to time in accordance with the applicable plan, policy or practices of the Company, as well as in any long-term incentive program established by the Company. It also provides for four weeks of annual paid vacation, reimbursement of business expenses, and indemnification rights. 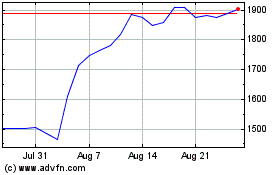 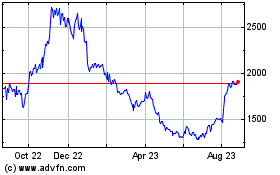 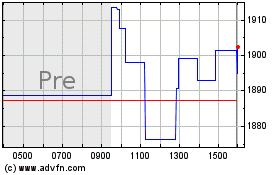