SYDNEY--Rio Tinto PLC said first-quarter iron-ore shipments from its Australian mines were 7% higher than a year ago despite weaker quarterly output, as the company sold from stockpiles.

The world's second-largest miner by market value said it shipped 77.8 million metric tons of iron ore from Australia's Pilbara region in the three months through March, even as output declined by 2% to 76.4 million tons.

Rio Tinto--which vies with Vale SA to be the world's biggest exporter of iron ore--also has a majority stake in an iron-ore business in Canada that produced 8% less iron-ore pellets and concentrate than the year-earlier period. It also faced disruptions due to weather, the miner said.

Still, the company has been benefiting from elevated iron-ore prices, which have surged to their highest point in almost a decade because of strong steel production.

The company also reported a 2% reduction in bauxite output year-on-year, to 13.6 million tons. Its Amrun mine was closed for 14 days because of large swells and cyclones.

Quarterly mined copper production was lower, too, dropping 9% year-on-year to 120,500 tons, the company said. It cited lower recoveries and throughput at the Escondida and Kennecott mining operations, which were partly offset by anticipated higher grades from the Oyu Tolgoi open pit. 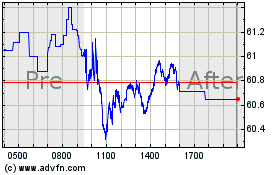