FRANKFURT -- Book publishers are giving an advance review of the industry's future, and it looks a lot like the past.

After a decade of technological upheaval and lackluster growth, executives at the top four U.S. consumer book publishers say they are done relying on newfangled formats to boost growth.

It has been nearly 10 years since Amazon.com Inc. introduced its Kindle e-book reader amid the financial crisis, destabilizing publishers and challenging their well-honed business models.

Now, e-book sales are on the decline, making up a fraction of publishers' revenue, and traditional book sales are rising. The consumer books industry is enjoying steady growth in the U.S., with total revenue increasing about 5% from 2013 to 2016, according to the Association of American Publishers.

Executives gathered in Frankfurt for the industry's biggest trade fair said they are returning to fundamentals: buying and printing books that readers want to buy -- and they are streamlining their businesses to get them out faster than ever before.

The shift is a surprise reversal for an industry that experts just a decade ago predicted was facing radical change, if not a slow death, because of digitization and changing reading habits. Instead, e-book sales in the U.S. were down about 17% last year, according to the AAP industry group, while printed book revenue rose 4.5%.

Interviews at the Frankfurt Book Fair with the top four consumer book publishers in the U.S. -- Penguin Random House, CBS Corporation's Simon & Schuster Inc., Lagardère SCA's Hachette Livre and News Corp's HarperCollins Publishers -- showed the decade of seeking cover from outside threats is over, but the fight to overcome the lackluster growth it left behind has just begun.

One thing all agree on is the need for speed. Companies are reinvesting in printed books after years of cost-cutting, and they are building pipelines to bring author's words into readers' hands faster.

The effort has been spurred on by the success of books that resonate with the political moment such as HarperCollins's "Hillbilly Elegy," by J.D. Vance, about rural American culture and Penguin Random House's "Devil's Bargain," by Joshua Green, about former White House chief strategist Steve Bannon.

HarperCollins is printing two million copies of "Hillbilly Elegy," CEO Brian Murray said, after an initial pre-election print run of just 15,000 copies. "Everyone on the coasts wanted to know how Donald Trump got elected...and to understand the view from the heartland of America," Mr. Murray said. HarperCollins, like The Wall Street Journal, is owned by News Corp.

Printed books are "more beautiful now," he said. "You'll see endpapers [and] a lot more design sensibility going into the print editions because we recognized that they can't be throwaway."

When Simon & Schuster published the hardback edition of Hillary Clinton's "What Happened" last month, it sold 167,000 copies in its first week, more than any hardcover nonfiction book since 2012, according to the company and NPD Bookscan data. CEO Carolyn Reidy said a million copies would ship by the end of the year.

And after years "spent taking pennies out of the cost of making a book," the company is raising the quality of its print editions again, she said. As examples, the company cited last year's "Principles," by Bridgewater Associates founder Ray Dalio, and Walter Isaacson's " Leonardo da Vinci," out in hardcover next week.

Publishers say the quickening pace of politics, especially in the U.S., has made speed all the more crucial.

"Previous presidents moved more slowly," said Eric Nelson, executive editor for the Harper imprint of HarperCollins. "You could write to where you'd think the political world would be in a year and likely be correct. Now, you could spend an entire chapter on a prominent political figure in President Trump's administration and that person could be gone by the time the book comes out."

Next January, Harper is expected to publish "Trumpocracy: The Corruption of the American Republic," by David Frum, a former speechwriter for President George W. Bush. Mr. Nelson said the book deal was signed in May and will be in the stores eight months later -- more than twice as fast as the company's standard.

Penguin Random House, the world's biggest book publisher, already has a title in the works on the 2018 midterm elections. The publisher declined to comment on the specifics of the deal.

Political books are in high demand in Europe, too, said Arnaud Nourry, the CEO of Lagardère SA's Hachette Livre, citing the success last year of "Un president ne devrait pas dire ça," (translated as "A President Should Not Say Things Like That"), by Gérard Davet and Fabrice Lhomme, based on five years of interviews with former French President François Hollande.

In France, Hachette makes about 9% of its revenue from digital sales because of national rules limiting discounts on the price of e-books, Mr. Nourry said. In the U.S., they have stabilized at about one-fifth of the big four publishers' revenue.

Simon & Schuster's Ms. Reidy said a young generation of internet natives has been turning to print books -- a trend she noticed when her company signed a deal with Rupi Kaur, a poet based on Instagram, to sell and distribute her work in the U.S.

Her young fans "don't want the e-book at all. They want the physical object," Ms. Reidy said. "They want to own something that is connected to the person they like online and, number two, because they can share it."

Jeffrey A. Trachtenberg contributed to this article. 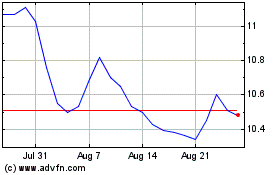 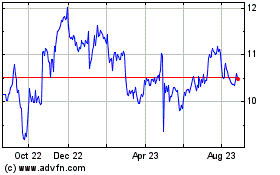 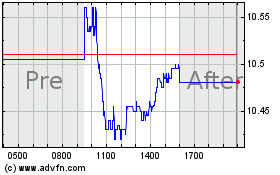