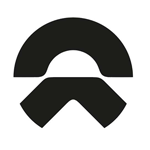 NIO Inc. (NYSE: NIO; HKEX: 9866; SGX: NIO) (“NIO” or the “Company”), a pioneer and a leading company in the premium smart electric vehicle market, today published a notice to announce that it will hold an annual general meeting (the “AGM”) of shareholders (the “Notice of AGM”) at 10:30 am, Beijing time, on August 25, 2022 at Building 16, No. 56 AnTuo Road, Anting Town, Jiading District, Shanghai 201804, People’s Republic of China (or soon after the Class C Meeting and the Class A Meeting, both of which are defined below), for the purposes of considering and, if thought fit, passing the Proposed Resolutions set forth in the Notice of AGM. The Notice of AGM and form of proxy for the AGM are available on the Company’s website at https://ir.nio.com. The board of directors of NIO fully supports the Proposed Resolutions and recommends that shareholders and holders of ADSs vote in favor of the resolutions set out in the Notice of AGM.

Holders of record of ordinary shares of the Company at the close of business on Friday, July 22, 2022 (Hong Kong time) are entitled to attend and vote at the AGM or any adjournment or postponement thereof, and, as applicable, the Class C Meeting or the Class A Meeting. Holders of the Company’s American depositary shares (“ADSs”) as of the close of business on July 22, 2022 (New York time) who wish to exercise their voting rights for the underlying Class A ordinary shares must act through the depositary of the Company’s ADS program, Deutsche Bank Trust Company Americas. Holders of Class A ordinary shares which are held through (either directly or through depository agents) securities accounts maintained with The Central Depository (Pte) Limited (Singapore) (the “NIO CDP Depositors”) may provide instructions as to voting, or abstentions from voting, or be appointed as CDP's proxy to attend and cast votes at the AGM and/or Class A Meeting. NIO CDP Depositors may refer to the Notice of AGM for further information on attendance and voting arrangements.

NIO has filed its annual report on Form 20-F, including its audited financial statements, for the fiscal year ended December 31, 2021, with the U.S. Securities and Exchange Commission. NIO’s Form 20-F can be accessed on the Company’s website at https://ir.nio.com, as well as on the SEC’s website at http://www.sec.gov.

This press release contains statements that may constitute “forward-looking” statements pursuant to the “safe harbor” provisions of the U.S. Private Securities Litigation Reform Act of 1995. These forward-looking statements can be identified by terminology such as “will,” “expects,” “anticipates,” “aims,” “future,” “intends,” “plans,” “believes,” “estimates,” “likely to” and similar statements. NIO may also make written or oral forward-looking statements in its periodic reports to the U.S. Securities and Exchange Commission, in its annual report to shareholders, in announcements, circulars or other publications made on the websites of each of The Stock Exchange of Hong Kong Limited (the “SEHK”) and the Singapore Exchange Securities Trading Limited (the “SGX-ST”), in press releases and other written materials and in oral statements made by its officers, directors or employees to third parties. Statements that are not historical facts, including statements about NIO’s beliefs, plans and expectations, are forward-looking statements. Forward-looking statements involve inherent risks and uncertainties. A number of factors could cause actual results to differ materially from those contained in any forward-looking statement, including but not limited to the following: NIO’s strategies; NIO’s future business development, financial condition and results of operations; NIO’s ability to develop and manufacture a car of sufficient quality and appeal to customers on schedule and on a large scale; its ability to ensure and expand manufacturing capacities including establishing and maintaining partnerships with third parties; its ability to provide convenient and comprehensive power solutions to its customers; the viability, growth potential and prospects of the newly introduced BaaS and ADaaS; its ability to improve the technologies or develop alternative technologies in meeting evolving market demand and industry development; NIO’s ability to satisfy the mandated safety standards relating to motor vehicles; its ability to secure supply of raw materials or other components used in its vehicles; its ability to secure sufficient reservations and sales of the ES8, ES6, EC6, ET7, ET5 and ES7; its ability to control costs associated with its operations; its ability to build the NIO brand; general economic and business conditions globally and in China and assumptions underlying or related to any of the foregoing. Further information regarding these and other risks is included in NIO’s filings with the U.S. Securities and Exchange Commission and the announcements and filings on the websites of each of the SEHK and SGX-ST. All information provided in this press release is as of the date of this press release, and NIO does not undertake any obligation to update any forward-looking statement, except as required under applicable law. 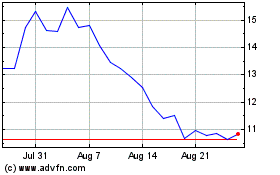 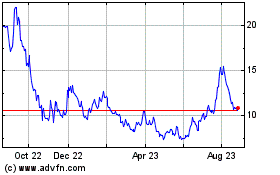 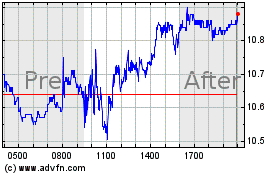