Supports the Development of U.S. Domestic Supply of Graphite

Westwater Resources, Inc. (“Westwater”) (NASDAQ: WWR), an energy materials development company, applauds the President’s Executive Order (“Order”) signed on September 30, 2020, that addresses the threat to the U.S. domestic supply chain from reliance on critical minerals from foreign adversaries. The critical minerals referred to in the Order were previously identified by the Department of the Interior in May 2018, and include both natural graphite and vanadium.

The President’s declaration that the United States' heavy reliance on foreign nations for critical minerals is a national emergency highlights the importance of Westwater’s plans to develop the Coosa Graphite Deposit in east-central Alabama. Westwater’s business plan for the Coosa Graphite Project over the next two and a half years is to develop a U.S. domestic supply for natural graphite for use in all types of batteries in the United States. During recent exploration activities along the Roscoe Ridge at the mine site, Westwater has also discovered widespread and significant levels of vanadium mineralization.

The U.S. is 100% dependent on imports for graphite, which is the primary anode material in lithium-ion batteries that power smartphones, laptops, and electric vehicles, and stores power from intermittent renewable energy sources. Graphite was specifically named as one of the critical minerals in which the U.S. is heavily dependent on China for its supply. Also, vanadium is an essential component in the manufacture of high-strength steel, is used as a catalyst in chemical manufacturing, and is also used as a component in the manufacturing of some ceramic, glass, and pigment products. The U.S. imports virtually all of its industrial vanadium requirements from mines located in South Africa, China, and Russia.

Christopher M. Jones, President and Chief Executive Officer of Westwater, said, “The President’s Executive Order opens up new avenues for financing and permitting our Coosa Graphite Project – this is good news for Westwater Resources and the United States.”

In the Order the President says, “a strong America cannot be dependent on imports from foreign adversaries for the critical minerals that are increasingly necessary to maintain our economic and military strength in the 21st century.” The President said the heavy dependence on imports for critical minerals makes the U.S. vulnerable to adverse foreign government action, natural disaster, or other supply disruptions.

“I therefore determine that our nation's undue reliance on critical minerals, in processed or unprocessed form, from foreign adversaries constitutes an unusual and extraordinary threat, which has its source in substantial part outside the United States, to the national security, foreign policy, and economy of the United States. I hereby declare a national emergency to deal with that threat,” Trump penned in the Executive Order.

Further details on Trump's critical mineral Executive Order can be read at https://www.whitehouse.gov/presidential-actions/executive-order-addressing-threat-domestic-supply-chain-reliance-critical-minerals-foreign-adversaries.

Westwater is uniquely positioned to benefit from the action the U.S. government is taking to ensure that America and its technology manufacturers can rely on a safe and secure source of graphite to power our next generation of power and technology needs and possibly to meet needs for vanadium as well. The action by the President orders the Office of Science and Technology, the Secretary of Defense, the Secretary of Energy, and the Secretary of the Interior to provide guidance to clarify which minerals and projects are eligible for government support, which can include loans or grants, under Title XVII of the Energy Policy Act of 2005. Furthermore, these agencies are directed along with the Secretary of Commerce, the Administrator for the Environmental Protection Agency, and the Secretary of the Army, to use all available authorities to accelerate the issuance of permits in connection with expanding and protecting the U.S. domestic supply chain for minerals such as graphite.

Westwater is evaluating the Order and how to best approach the relevant agencies in the U.S. Government to emphasize the importance of battery graphite, its importance to the nation’s security, and how the Coosa Graphite Project in Alabama fits into the enactment of critical minerals policy.

Westwater Resources (NASDAQ: WWR) is focused on developing energy-related materials. The Company’s battery-materials projects include the Coosa Graphite Project — the most advanced natural flake graphite project in the contiguous United States — and the associated Coosa Graphite Deposit located across 41,900 acres (~17,000 hectares) in east-central Alabama. Commencement of the pilot plant operations is scheduled for the fourth quarter of 2020, producing ULTRA-PMG™, ULTRA-DEXDG™ and ULTRA-CSPG™ in quantities that facilitate qualification testing at potential customers. For more information, visit www.westwaterresources.net.

This news release contains forward-looking statements within the meaning of the Private Securities Litigation Reform Act of 1995. Forward-looking statements are subject to risks, uncertainties and assumptions and are identified by words such as "expects," "estimates," "projects," "anticipates," "believes," "could," “scheduled,” and other similar words. All statements addressing events or developments that WWR expects or anticipates will occur in the future, including but not limited to the activities involving the Coosa Graphite Project and the Coosa Graphite Deposit. Because they are forward-looking, they should be evaluated in light of important risk factors and uncertainties. These risk factors and uncertainties include, but are not limited to, (a) the Company’s ability to successfully construct and operate a pilot plant capable of producing battery grade materials in quantities and on schedules consistent with the Coosa Graphite Project business plan; (b) the Company’s ability to raise additional capital in the future including the ability to utilize existing financing facilities; (c) spot price and long-term contract price of graphite and vanadium; (d) risks associated with our operations and the operations of our partners such as Dorfner Anzaplan, including the impact of COVID-19 and its potential impacts to the capital markets; (e) operating conditions at the Company’s projects; (f) government and tribal regulation of the graphite industry and the vanadium industry; (g) world-wide graphite and vanadium supply and demand, including the supply and demand for lithium-based batteries; (h) unanticipated geological, processing, regulatory and legal or other problems the Company may encounter in the jurisdictions where the Company operates or intends to operate, including but not limited to Alabama; (i) the ability of the Company to enter into and successfully close acquisitions or other material transactions, including the proposed transaction to sell uranium assets in Texas and New Mexico to enCore Energy; (j) any graphite or vanadium discoveries not being in high-enough concentration to make it economic to extract the minerals; (k) currently pending or new litigation or arbitration; and (l) other factors which are more fully described in the Company’s Annual Report on Form 10-K, Quarterly Reports on Form 10-Q, and other filings with the Securities and Exchange Commission. Should one or more of these risks or uncertainties materialize or should any of the Company’s underlying assumptions prove incorrect, actual results may vary materially from those currently anticipated. In addition, undue reliance should not be placed on the Company’s forward-looking statements. Except as required by law, the Company disclaims any obligation to update or publicly announce any revisions to any of the forward-looking statements contained in this news release. 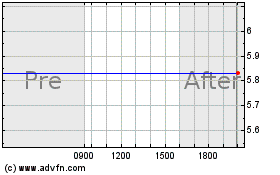