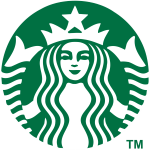 Big companies are responding to mounting pressure from customers to stop serving drinks with plastic straws.

Starbucks Corp. and Hyatt Hotels Corp. on Monday said they would phase out single-serve plastic straws and pledged to reduce packaging waste from their drinks and meals.

McDonald's Corp., meanwhile, is phasing out plastic straws in the U.K. and Ireland and testing alternatives made from other materials in the U.S. Burger King, a unit of Restaurant Brands International Inc., said it has committed to making all of its packaging in the U.K. recyclable by 2025.

Executives say they are responding to advocacy groups and customers who say the convenience of straws and other plastic packaging isn't worth the environmental damage they can have, particularly to the world's oceans. Eight million metric tons of plastic enter the world's oceans every year, according to the Ocean Conservancy.

A social media movement to stop using plastic straws took off in 2015 when a YouTube video showing a sea turtle with a straw stuck in its nose went viral. Lawmakers have responded to the public outcry as well. Officials in the U.K. said earlier this year that they would ban the sale of single-use plastics, including straws, as early as next year. That has put pressure on multinational companies to make changes ahead of the ban.

"The first step as part of this commitment will be rolling out biodegradable drinking straws in September 2018," a Burger King spokesman said of the U.K. effort.

Seattle, where Starbucks is based, was the first U.S. city to ban the use of plastic straws, effective July 1. McDonald's said last week that it has been testing alternatives to the plastic straw that it hopes to eventually introduce at its 14,000 U.S. restaurants and globally.

Dunkin' Brands Group Inc. said in February that it will replace foam cups with a double-walled paper model at all of its Dunkin' Donuts coffee shops by 2020. Yum Brands Inc., which owns KFC, Pizza Hut and Taco Bell, said it is working with suppliers on a number of paper-based packaging options.

Chicago-based Hyatt on Monday said that after Sept. 1, straws and picks will be available by request only at its more than 700 properties world-wide. "Eco-friendly alternatives" will be provided where available, Hyatt said.

Some manufacturers could benefit from new demand for making some of the 500 million drinking straws used in the U.S. every day out of something other than plastic, said Tony Uphoff, president and CEO of ThomasNet.com, a data company for industrial manufacturers.

"Suppliers of straws made of paper, wood and other compostable materials are positioning themselves to capitalize on the opportunity," he said.

Starbucks is one of the biggest and well-known companies to make such a move. It said Monday that it plans to phase out single-use plastic straws from its more than 28,000 company-operated and licensed stores by 2020.

The coffee giant said it would switch to a strawless lid or straws made from a material other than plastic. Starbucks said it expects that a specially designed strawless lid with a wider mouth will become the standard for serving its iced coffee, tea and espresso beverages.

The switch came in response to requests from both customers and store employees, the company said, and became more urgent as cold drinks -- typically slurped through straws -- surged in popularity. Cold beverages comprised more than 50% of Starbucks's sales last year, up from 37% five years ago. Starbucks said the shift will eliminate more than a billion straws served at its stores annually.

Starbucks already uses its strawless lid in more than 8,000 stores in the U.S. and Canada. The company is testing the lid on Starbucks Draft Nitro beverages in China, Japan, Singapore, Thailand and Vietnam as well.

Chief Executive Kevin Johnson called getting rid of plastic straws a milestone for Starbucks's aspirations to deliver its food and beverages "in more sustainable ways."

As You Sow, a nonprofit that advocates for corporate social responsibility, requested in a shareholder proposal at Starbucks's annual meeting in March that the coffee chain issue a report on its sustainable packaging efforts and develop a more comprehensive plan to eliminate plastic straws and other waste.

Starbucks recommended that shareholders vote against the proposal, and it fell short of a majority.

Starbucks said at the time that it "has consistently established sustainability goals, and transparently reported on progress and acknowledged challenges."

Conrad MacKerron, senior vice president of As You Sow, said on Monday that he was glad Starbucks had decided to do away with plastic straws. He added that public officials also need to improve composting programs to handle the increase in biodegradable straws Starbucks is proposing to use.

"A big systemic change needs to happen," he said. "This kind of material wouldn't break down in your backyard compost bin."

Starbucks has long encouraged customers to bring in their own cups for coffee. The chain four years ago began selling a $1 reusable cup in the U.S. The chain has been experimenting with a 5-pence paper cup charge in London, which will extend to 950 stores in the U.K. later in July.

Write to Julie Jargon at julie.jargon@wsj.com