JOHANNESBURG -- Internet conglomerate Prosus NV said Friday it plans to buy back up to $5 billion of its own shares and those of its parent Naspers Ltd., after losing out on two high-profile acquisitions. It is the latest attempt to narrow a persistent gap between the company's market value and that of its stake in China's Tencent Holdings Ltd.

Naspers, a South African newspaper publisher turned technology giant and Africa's most valuable listed company, has long been struggling to bring its own market capitalization closer to that of its stake in Chinese internet and gaming colossus Tencent. Last year, it created Amsterdam-listed Prosus to hold its international assets -- the 31% stake in Tencent, along with investments in tech companies such as Russian social-media operator Mail.ru Group Ltd. and U.S. online marketplace Letgo.

The move initially narrowed the gap, but more recently the valuation differences have grown again. Johannesburg-listed Naspers, which owns 72.5% of Prosus, has a current market capitalization of 1.39 trillion South African rand (equivalent to $85.11 billion), while Prosus has a market capitalization of 137 billion euros ($160 billion). The value of Prosus's 31% stake in Tencent, meanwhile, is about $226 billion.

Analysts have attributed this persistent gulf to a dividend-withholding tax that Naspers would need to pay should it sell its stake in Tencent and distribute the proceeds to investors. Another reason for the difference is lack of liquidity: Investors can also gain direct access to Tencent shares through its Hong Kong listing. Tech and internet stocks have also been on a tear this year, because of pandemic-fueled demand, further boosting the share prices of companies like Tencent.

Naspers said Friday that the buyback plan -- which includes purchases of up to $1.37 billion in Prosus shares and to $3.63 billion in Naspers shares -- was a vote of confidence in its assets and would help its investors capitalize on the discount.

But analysts said there was a reason that Prosus has lots of spare cash to spend on its own shares: Its failure to find fresh investments. In July, Prosus lost out to Norway's Adevinta AS in a bidding war for eBay Inc.'s classified-ads business. And earlier this year, U.K. food delivery business Just Eat PLC snubbed a GBP4.9 billion (equivalent to $6.35 billion) offer from Prosus and instead merged with Dutch rival Takeaway.com NV.

"The businesses that they know best are the one place they're finding value at the moment," said Kevin Mattison, managing director at Avior Capital Markets in Cape Town, South Africa. "It's going to be harder for them to find large transactions at valuations that they deem attractive... given the rapid rise of internet share valuations this year."

Founded in South Africa in 1915, Naspers was originally De Nationale Pers Beperkt, or the National Press Ltd., which produced a Dutch-language newspaper for the country's Afrikaner population. In the 1980s, the company began expanding beyond its publishing roots, including into video entertainment.

Naspers paid $34 million for its original Tencent stake in 2001, and Tencent is now one of the world's most valuable companies. Much of Naspers' growth in recent years can be attributed to the rise in value of its stake in Tencent, best known in China for its WeChat messaging app.

Prosus also has holdings in German food-delivery business Delivery Hero, Honor, an online network of U.S. home-care agencies for the elderly, and BYJU's, an educational technology company and creator of a popular childhood learning app in India.

Adria Calatayud in Barcelona contributed to this article. 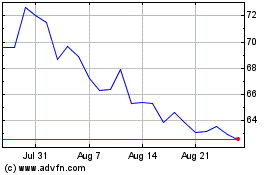 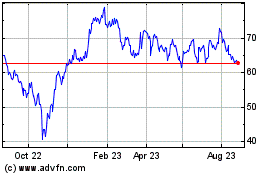 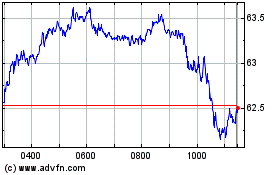