Berkeley Energia Ltd. shares fell Monday after it said that its application to construct a uranium-concentrate plant as a radioactive facility at its Salamanca project in Spain has been rejected, and that it is considering legal options.

Berkeley said the Ministry for Ecological Transition and the Demographic Challenge's rejection of the application follows an unfavorable report against a grant from the Spanish Nuclear Safety Council on July 12.

The company said that it rebuts the assessment, and that it has addressed all of the technical issues raised with the report.

Berkeley claimed that the application was rejected without following the legally established procedure, and that it believes the ministry to have infringed regulations on administrative procedures in Spain, as well as its right of defense. It said it will defend its position and consider the range of legal options available to it. 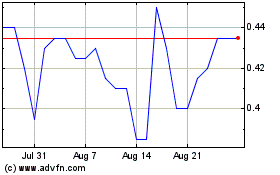 Berkeley Energia (ASX:BKY)
Historical Stock Chart
From May 2021 to May 2022 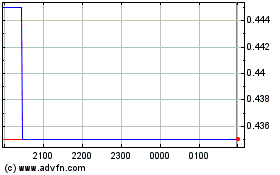