eMagin Corporation, or the “Company”, (NYSE American: EMAN), a leader in the development, design, and manufacture of Active-Matrix OLED microdisplays for high-resolution, AR/VR and other near-eye imaging products, today announced results for its second quarter ended June 30, 2022.

“eMagin’s second quarter was highlighted by a number of successes, including higher revenue, improved gross margin, new business wins, a People’s Choice Award at Display Week 2022, and progress on our AS9100/ISO certification,” said eMagin CEO Andrew G. Sculley. “Our total revenues rose 14% to $7.2 million year over year while our gross margin improved to 22% from 9% a year ago. The gain in gross margin was driven in part by increased yields and a favorable sales mix, along with the impact of higher manufacturing volumes. This is the third consecutive quarter in which we realized year-over-year increases in throughput. The improved yields and increased throughput resulted from the impact of the new, government-funded equipment in our production facility and improvements in our manufacturing operations.

“We achieved continued growth in display revenue from the ENVG-B program and other military programs and increased veterinary and surgical revenues. Also in the second quarter, we strengthened our relationship with a major prime contractor by advancing our capabilities for higher-level assembly and shipped displays to a customer providing heads-up displays for optical surgery. As of the end of the second quarter, our total backlog of open orders remained strong at $14.3 million, with $12.8 million shippable over the next 12 months, reflecting demand for our displays for use in thermal weapon sights, military night-vision goggles, and medical applications.

“The U.S. Army’s Program Executive Office for Simulation, Training and Instrumentation (PEO STRI) awarded us a $2.5 million two-year development contract in the second quarter to secure a U.S. source for a high-performance microdisplay that provides high brightness and visual acuity, even in bright daylight conditions. We are using these funds to design a backplane that will allow for significantly higher luminance of our dPd™ displays and ultimately leverage the full potential of the equipment we are acquiring under our Defense Production Act Title III and Industrial Base Analysis Sustainment (IBAS) funding grants. The STRI contract provides that upon completion a follow-on production agreement may be issued without the need for a competitive process. We anticipate that our government-funded dPd tool will be available to satisfy this demand for full-color, high-luminance displays, as well as demand from both existing and new military customers.

“We are continuing our proof-of-concept display work for a tier-one AR/VR customer and are anticipating the September arrival of an enhanced dPd chamber for R&D usage, which we will use to complete the remaining OLED deposition phase of this contract. This new R&D chamber will enable us to fabricate additional high-brightness prototypes and accelerate our progress with our product roadmap as we await delivery, followed by qualification in the second half of 2023, of a government-funded dPd tool that will be capable of serving both military and commercial markets.

“In May, we received a People’s Choice Award for “Best New Display Technology” at Display Week 2022, the 59th International Symposium, Seminar and Exhibition of the Society for Information Display, where we showcased our direct-patterned, single-stack color OLED microdisplay, which is capable of over 10,000 candela per square meter (cd/m2) of full color maximum luminance. We continue to display our technological leadership at industry conferences, including, as previously announced an invited paper presentation and tutorial by our Chief Operating Officer, Dr. Amal Ghosh on OLED Microdisplays for AR/VR applications at iMiD 2022, the 22nd International Meeting on Information Display later this month in Busan, Korea.

“Additionally, we have completed our Stage2 AS9100/ISO 9001 Certification Audit and have been recommended for certification, which will be obtained in the third quarter of this year. We expect our quality-control efforts will be additive to the yield and throughput improvements anticipated from the new equipment provided under our Title III and IBAS programs. Furthermore, we expect that this AS9100/ISO 9001 certification will elevate our profile as the supplier of choice for OLED microdisplays for the various markets we serve.”

As previously announced, eMagin has committed the funds and ordered all equipment to be purchased under its $39 million in Defense Production Act Title III and the IBAS Program funding grants that were awarded in 2020. As of the end of the second quarter, the Company has qualified and added four pieces of equipment to its production line and received three additional pieces of equipment that are currently installed and being qualified. This equipment has already contributed to improved yields and reliability in the Company’s production process. eMagin has five more major pieces of equipment on order, including an advanced, production-capable dPd organic deposition tool that is expected to improve yield and throughput of this innovative technology for the benefit of AR/VR customers. Overall, the Company remains on track with the requirements of these important government grants and is beginning to realize the anticipated yield, reliability, and throughput improvements.

Total revenues for the second quarter of 2022 increased 14% to $7.2 million, compared with $6.3 million reported in the prior-year period.

Total revenue consists of both product revenue and contract revenue. Product revenues for the second quarter of 2022 were $7.0 million, an increase of $1.3 million from product revenues of $5.7 million reported in the prior-year period. The year-over-year increase in display revenue was due to strength in military markets including shipments of displays used for the ENVG-B program, and higher revenue contributions from medical customers.

Contract revenues were $0.1 million compared with $0.5 million reported in the prior year, reflecting an anticipated decrease in second quarter development work associated with our proof-of-concept project. eMagin anticipates increased development activities with this tier-one consumer company following the expected September 2022 delivery of the R&D deposition chamber mentioned above. In addition, during the second quarter of 2022 the Company began to recognize revenue under its new PEO STRI development contract.

Operating loss for the second quarter of 2022 narrowed to $1.8 million, compared with an operating loss of $2.9 million in the prior-year period, primarily reflecting the increased gross profit as noted above. The Company anticipates improved performance over the subsequent quarters due to operational improvements and significant upgrades to its capital equipment and manufacturing processes provided by the IBAS and Title III government programs.

Adjusted EBITDA for the second quarter of 2022 improved to negative $0.3 million, compared with negative $2.0 million in the prior-year period.

During the quarter, the Company realized $1.6 million in net proceeds from sales of common shares under its ATM program.

Conference Call and Webcast InformationManagement will host a conference call and simultaneous webcast at 9:00 a.m. ET on August 11, 2022, to discuss quarterly results, business highlights and outlook. The live, listen-only webcast will be accessible on the Company’s Investor Relations website via https://www.emagin.com/investors/event-webcast. A replay of the event will be available approximately one hour after the live event. To join the conference call participants will need to register with this link: https://register.vevent.com/register/BI826ea03eeac843d2bde290476fcc84a4. Participants will receive an individualized dial-in number and PIN after registering for the call.

About eMagin CorporationeMagin is the leader in OLED microdisplay technology, enabling the visualization of digital information and imagery for world-class customers in the military, consumer, medical and industrial markets. The Company invents, engineers, and manufactures display technologies of the future and is the only manufacturer of OLED displays in the United States. eMagin's Direct Patterning Technology (dPd™) will transform the way the world consumes information. Since 2001, eMagin's microdisplays have been used in AR/VR, aircraft helmets, heads-up display systems, thermal scopes, night vision goggles, future weapon systems and a variety of other applications. For more information, please visit www.emagin.com.

Important Cautionary Information Regarding Forward-Looking StatementsThis press release contains forward-looking statements within the meaning of Section 27A of the Securities Act of 1933 and Section 21E of the Securities Exchange Act of 1934, including those regarding eMagin Corporation's expectations, intentions, strategies and beliefs pertaining to future events or future financial performance. Actual events or results may differ materially from those in the forward-looking statements as a result of various important factors, including those described in the Company's most recent filings with the SEC. For a more complete description of the risk factors that could cause our actual results to differ from our current expectations, including impacts of the COVID-19 pandemic, please see the section entitled "Risk Factors" in eMagin's Annual Report on Form 10-K for the fiscal year ended December 31, 2021, and in any Form 10-Q filed or to be filed by eMagin, and in other documents we file with the SEC from time to time.

To supplement the Company’s consolidated financial statements presented on a GAAP basis; the Company has provided non-GAAP financial information, namely earnings before interest, taxes, depreciation and amortization, and non-cash compensation expense (“Adjusted EBITDA”). The Company’s management believes that this non-GAAP measure provides investors with a better understanding of how the results relate to the Company’s historical performance. The additional adjusted information is not meant to be considered in isolation or as a substitute for GAAP financial statements. Management believes that these adjusted measures reflect the essential operating activities of the Company. A reconciliation of non-GAAP financial information appears below (in thousands). 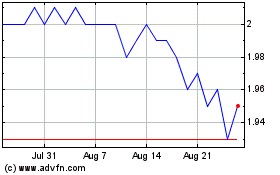 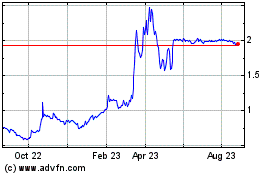 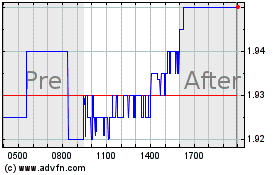