As previously disclosed, Cohen & Company, LLC (the “Operating LLC”), a Delaware limited liability company and a subsidiary of Cohen & Company Inc., a Maryland corporation (the “Company”), is the manager of Insurance Acquisition Sponsor, LLC (“IAS”) and Dioptra Advisors, LLC (“Dioptra” and, together with IAS, the “Sponsor Entities”). The Sponsor Entities were sponsors of Insurance Acquisition Corp. (Nasdaq: SFT), a special purpose acquisition company (SPAC) formed for the purpose of effecting a merger, capital stock exchange, asset acquisition, stock purchase, reorganization, or similar business combination with one or more businesses.

The information provided below in the last paragraph under Item 8.01 of this Current Report on Form 8-K is incorporated by reference into this Item 5.02.

Further, upon the Closing, the Sponsor Entities collectively held an additional 4,497,525 shares of SFT Class A Common Stock as a result of its previous purchase of founder shares of INSU (collectively, the “Founder Shares,” and, together with the Placement Securities, the “Sponsor Shares”).

In addition, at the Closing, the Sponsor Entities entered into an amended and restated registration rights agreement (the “Amended and Restated Registration Rights Agreement”) with SFT, Cantor Fitzgerald & Co., and certain other initial stockholders of SFT, requiring SFT to, among other things, file a resale shelf registration statement on behalf of the stockholders promptly after the Closing. The Amended and Restated Registration Rights Agreement will also provide certain demand rights and piggyback rights to the stockholders, subject to underwriter cutbacks and issuer blackout periods.

This Current Report on Form 8-K contains certain statements, estimates, and forecasts with respect to future performance and events. These statements, estimates, and forecasts are “forward-looking statements.” In some cases, forward-looking statements can be identified by the use of forward-looking terminology such as “may,” “might,” “will,” “should,” “expect,” “intend,” “plan,” “anticipate,” “believe,” “estimate,” “predict,” “potential,” “seek,” or “continue” or the negatives thereof or variations thereon or similar terminology. All statements other than statements of historical fact included in this communication are forward-looking statements and are based on various underlying assumptions and expectations and are subject to known and unknown risks, uncertainties, and assumptions, and may include projections of the Company’s future financial performance based on the Company’s growth strategies and anticipated trends in its business. These statements are based on the Company’s current expectations and projections about future events. There are important factors that could cause the Company’s actual results, level of activity, performance, or achievements to differ materially from the results, level of activity, performance, or achievements expressed or implied in the forward-looking statements including, but not limited to, those discussed under the heading “Risk Factors” and “Management’s Discussion and Analysis of Financial Condition” in the Company’s filings with the Securities and Exchange Commission (the “SEC”), which are available at the SEC’s website at www.sec.gov and the Company’s website at www.cohenandcompany.com/sec-filings. Such risk factors include the following: (a) a decline in general economic conditions or the global financial markets, (b) losses caused by financial or other problems experienced by third parties, (c) losses due to unidentified or unanticipated risks, (d) a lack of liquidity, i.e., ready access to funds for use in the Company’s businesses, (e) the ability to attract and retain personnel, (f) litigation and regulatory issues, (g) competitive pressure, (h) an inability to generate incremental income from acquired businesses, (i) unanticipated market closures due to inclement weather or other disasters, (j) losses (whether realized or unrealized) on the Company’s principal investments, (k) an inability to achieve projected integration synergies, and (l) the possibility that the intended distributions to minority interest holders of the Sponsor Entities and the Company’s subsidiary will not occur. As a result, there can be no assurance that the forward-looking statements included in this communication will prove to be accurate or correct. In light of these risks, uncertainties, and assumptions, the future performance or events described in the forward-looking statements in this communication might not occur. Accordingly, you should not rely upon forward-looking statements as a prediction of actual results and we do not undertake any obligation to update any forward looking statements, whether as a result of new information, future events, or otherwise. 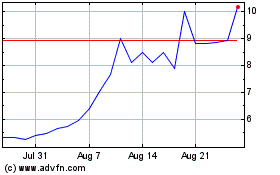 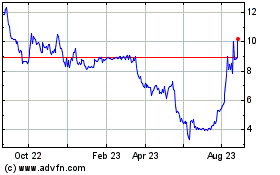 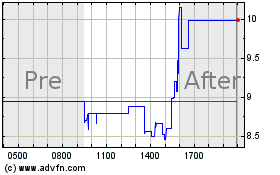