Golden Minerals Company (NYSE American and TSX: AUMN) (“Golden Minerals”, “Golden” or “the Company”) announced today that, due to demand, the underwriter has agreed to increase the size of the previously announced offering and purchase on a firm commitment basis 17,857,143 shares of common stock of the Company, at a price to the public of $0.42 per share, less customary underwriting discounts and commissions. The closing of the offering is expected to occur on or about July 23, 2020, subject to satisfaction of customary closing conditions.

H.C. Wainwright & Co. is acting as the sole book-running manager for the offering.

The Company also has granted to the underwriter a 30-day option to purchase up to an additional 2,678,571 shares of common stock at the public offering price, less customary underwriting discounts and commission. The gross proceeds to Golden, before deducting customary underwriting discounts and commissions and offering expenses and assuming no exercise of the option to purchase additional shares of common stock, are expected to be approximately $7,500,000. Golden intends to use the net proceeds of the offering for working capital requirements and general corporate purposes.

The shares of common stock described above are being offered by the Company pursuant to a "shelf" registration statement on Form S-3 (File No. 333-220461) filed with the Securities and Exchange Commission (SEC) and declared effective on September 28, 2017 and the accompanying prospectus contained therein. The offering of the shares of common stock is being made only by means of a prospectus, including a prospectus supplement, forming a part of the effective registration statement. A preliminary prospectus supplement and the accompanying prospectus relating to and describing the terms of the offering were filed with the SEC. A final prospectus supplement and the accompanying prospectus relating to this offering will be filed with the SEC and, upon filing, may be obtained on the SEC's website at http://www.sec.gov or by contacting H.C. Wainwright & Co., LLC at 430 Park Avenue, 3rd Floor, New York, NY 10022, by e-mail at placements@hcwco.com or by calling 646-975-6996.

Neither the Toronto Stock Exchange nor the NYSE American have approved or disapproved the contents of this press release.

Golden Minerals is a Delaware corporation based in Golden, Colorado. The Company is primarily focused on advancing its Rodeo and Velardeña properties in Mexico and, through partner-funded exploration, its El Quevar silver property in Argentina, as well as acquiring and advancing selected mining properties in Mexico, Argentina and Nevada.

This press release contains forward-looking statements within the meaning of Section 27A of the Securities Act of 1933, as amended and Section 21E of Securities Exchange Act of 1934, as amended, and applicable Canadian securities legislation, including statements regarding the scheduled closing date of the offering and the anticipated use of proceeds. These statements are subject to risks and uncertainties, including the receipt of listing approval from the Toronto Stock Exchange and NYSE American and general market conditions. Additional risks relating to Golden may be found in the periodic and current reports filed with the Securities Exchange Commission by Golden, including the Company's Annual Report on Form 10-K for the year ended December 31, 2019. 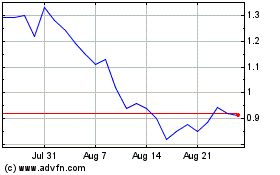 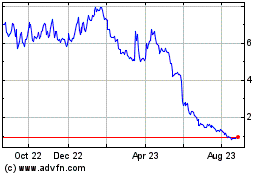 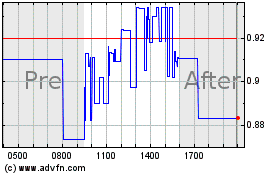