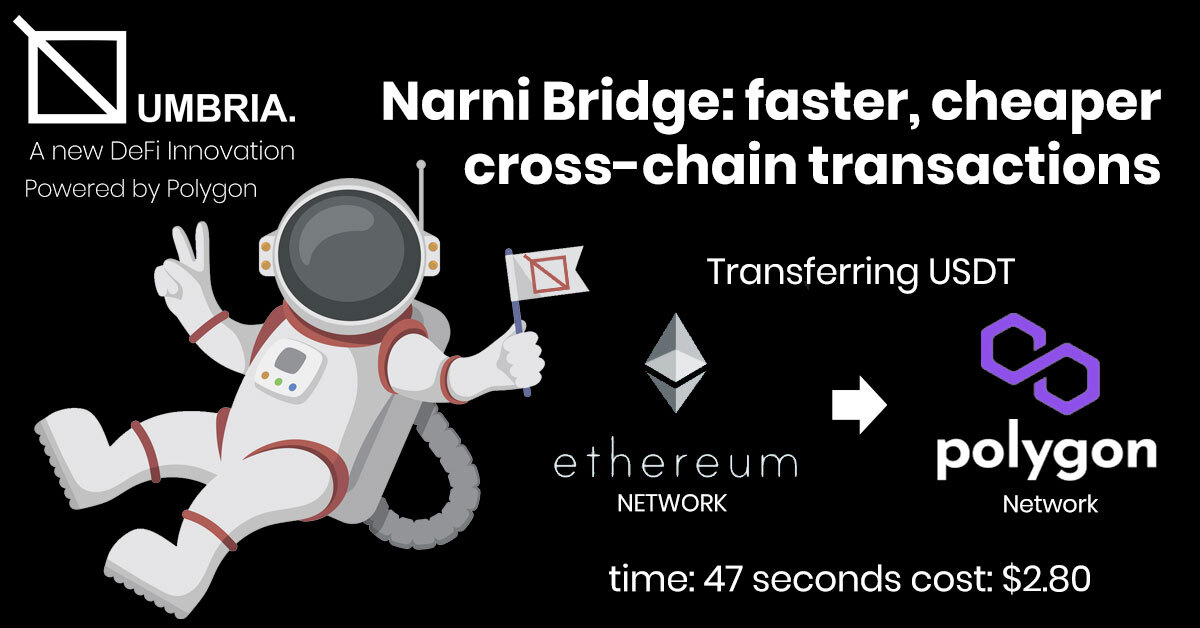 The testing of Umbria Network's cross-chain Narni bridge is in its final stages.

Narni will enable users to move ERC-20 tokens securely from one blockchain network to another cheaply, quickly and easily. In testing, moving USDT from the Ethereum network to the Polygon network (formerly Matic) took an average of 47 seconds and cost just $2.80; Polygon to Ethereum took an average of two minutes 12 seconds and cost $5.62. This is significantly faster and cheaper than the Polygon web wallet bridge, which can cost upwards of $200 and take several hours for a transaction to complete.

Umbria - https://umbria.network/ - has identified that no current bridging system facilitates the movement of large amounts of crypto assets from one blockchain to another in a cost-effective, fast and easy-to-understand way. Narni Bridge is being developed to make the whole ecosystem more efficient and remove the barriers that users presently experience. It will allow participants to capitalise on arbitrage opportunities effortlessly and at fractional cost.

Narni will empower users to rapidly migrate liquidity in high orders of magnitude from any decentralised exchange on any EVM compatible blockchain into Umbria's DEX. This will alleviate the friction point other exchanges currently experience due to being confined to a single network.

As well as enabling the transfer of assets between chains, the Narni bridge will reward participants for providing liquidity in a new type of farming, which is unlike that of a traditional AMM style of exchange, traditional farms or vaults. Those staking single assets (as opposed to pairs) on the bridge will earn APY, the highest rate of which is expected for stablecoin farmers. The auto-harvesting feature of Narni will also save users money and is part of Umbria's drive to make the experience as fruitful as possible for liquidity providers.

"Umbria will have a bridge, which allows people to potentially transfer all their assets very easily from any DEX - such as Uniswap or SushiSwap - on any EVM compatible blockchain into the Umbria protocol. This will give Umbria a massive advantage over many of its DeFi competitors," said Oscar Chambers, Co-lead developer of Umbria. "Umbria is going to be like the mothership with lots of people passing through its ecosystem as they move from one corner of the DeFi space to the other."

Umbria is a Decentralised Finance protocol, which is creating low-cost and easy-to-use DeFi applications. Umbria aims to demystify and simplify DeFi and get people earning income on their crypto.

Umbria's first partnership - with Polygon - is seeing it use Polygon's Ethereum scaling solution to develop a suite of popular DeFi features at fractional on-chain cost of many current DeFi platforms with greater transaction speed. Umbria is actively developing further collaborations in the DeFi space.

Umbria's Layer 2 Decentralised Exchange (DEX) and farm for its native governance token UMBR and the popular MATIC token launched in May 2021. This farm and the previous one have been characterised by consistently high APY.

Umbria's cross-chain bridge (Narni) - an industry game changer - will facilitate easier, quicker and cheaper transfer of assets between different blockchain ecosystems. The bridge will also enable people to stake their tokens and earn APY like they would in traditional farming. The APY is expected to be particularly high for stablecoins. 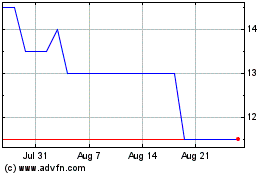 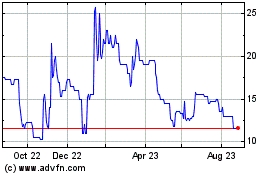 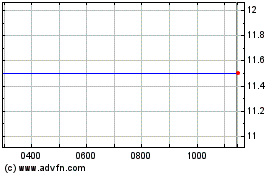