French media giant Vivendi SE and Italian broadcaster Mediaset SpA have reached an agreement to settle what has been nearly five years of legal battles and fierce rhetoric.

The two companies said in a joint statement late Monday that they have agreed to waive all litigation and claims between them, with Vivendi set to vote in favor of several resolutions at Mediaset's annual general meeting and reduce its overall stake in Mediaset.

Vivendi and Mediaset, which is controlled by the family of former Italian Prime Minister Silvio Berlusconi, have been at loggerheads since 2016, when Vivendi backed out of a deal to acquire Mediaset's pay-TV unit Mediaset Premium, triggering a series of legal battles.

The French conglomerate controlled by billionaire Vincent Bollore ramped up its stake in Mediaset to the 28.8% it currently owns, a move which Mediaset considered hostile and sought to reverse.

In 2017, a decision from the Italian communication authority, Agcom, forced Vivendi to transfer a 19.19% stake in Mediaset to asset trust Simon Fiduciaria SpA to comply with legislation on the protection of media pluralism in Italy.

Under the latest deal, Vivendi agreed to sell the 19.19% stake held through Simon Fiduciaria over a five-year period.

Mediaset's majority shareholder Fininvest SpA, the holding company controlled by the family of Mr. Berlusconi, will buy a 5% Mediaset stake held directly by Vivendi, with the French company remaining a shareholder with a 4.61% stake, which it can retain or sell at any time and any price. 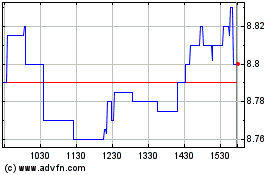