Julius Baer Gruppe AG has hired some Credit Suisse Group AG's bankers who will form the bulk of a new team working on the Latin American market.

The team will be led by Philipp Frischknecht, who was the head of Credit Suisse's Private Banking International Segment for Latin America. It also includes Ricardo Amorin, Jürgen Ritz, Horacio Ruiz Moreno and Alejandro Moreno Basols, who all worked at Credit Suisse, as well as Rodolfo Lizarraga Delgado, who joins from Spain's Banco Bilbao Vizcaya Argentaria SA.

"These hires underscore Julius Baer's long-term commitment to the region Americas," the Swiss bank's Head of Americas Beatriz Sanchez said in a statement on Tuesday.

"We will continue to invest in the region in order to support business growth in our designated markets and key client segments," Ms. Sanchez said.

The new team will be based in Zurich and will join the bank in February. Mr. Frischknecht will report to Andrea Cuomo, sub-region head for Hispanic America. 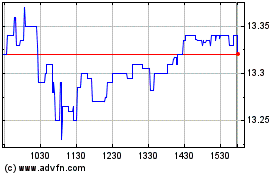