The FTSE 100 closed down 0.2% on Wednesday with British Land Co. the biggest faller, down 8.7%, followed by Ocado Group which ended the day down 7.2%. The day's biggest gainers were Standard Chartered, which finished up 2.9%, and then AstraZeneca, which ended up 2.5%. "It's a well-worn phrase that markets don't like uncertainty and at the moment that's all she wrote. Rate hikes are clearly the primary focus with investors trying to second guess when inflation will peak in different nations and how far and fast central banks are likely to raise rates in a bid to make that peak sooner," Danni Hewson, AJ Bell financial analyst, says. Elsewhere, Whitbread said that Dominic Paul has been appointed as its next chief executive, succeeding Alison Brittain who has decided to retire at the end of fiscal 2023.

Capita PLC said Wednesday that revenue for the first half of the year was in line with expectations and that it remains on track to deliver revenue growth in 2022.

The U.K. government said late Tuesday that it is 'minded' to accept Parker-Hannifin Corp.'s undertakings to address its concerns over the U.S. company's planned 6.3 billion pound ($7.68 billion) takeover of Meggitt PLC.

Mulberry Group PLC reported Wednesday a significant rise in pretax profit for fiscal year 2022 and said that its performance for the first quarter of fiscal 2023 is ahead of the same period a year earlier.

DP Aircraft I Ltd. said Wednesday that it plans to raise up to $750,000 via a tap issue, and that it will use the proceeds as additional working capital.

Shoe Zone PLC said Wednesday that it expects to end its fiscal 2022 year with a rise in pretax profit, as its performance for the third quarter has seen strong margin improvements and cost savings.

PPHE to Launch Share Buyback of Up to GBP1.7 Mln; Dividend Dependent on Performance

PPHE Hotel Group Ltd. said Wednesday that it was launching a share buyback program of up to 1.7 million pounds ($2.1 million), and that the declaration of a dividend remained subject to a continuation of its performance in the year to date.

McBride PLC said Wednesday that its banking group has agreed to waive the June covenant tests until Sept. 30, and that it is performing in line with market expectations.

Lookers PLC said Wednesday that it expects to report a fall in underlying pretax profit for the first half of 2022, but that it is ahead of expectations, and warned of both new and used vehicle supply restrictions for the remainder of the year.

Mulberry Group PLC on Wednesday reported a significant rise in pretax profit for fiscal year 2022, and said that its performance for the first quarter of fiscal 2023 is ahead of the same period a year earlier.

The U.K. government said late Tuesday that it is minded to accept Parker Hannifin Corp.'s undertakings to address its concerns over the U.S. company's planned 6.3 billion pound ($7.68 billion) takeover of Meggitt PLC.

Union Jack Oil PLC said Wednesday that it is pursuing a reduction of capital exercise through the court procedure following approval by shareholders at the general meeting held on Tuesday.

Moonpig Group PLC said Wednesday that pretax profit for fiscal 2022 rose in its first full-year performance after floating, and that it remains confident in its fiscal 2023 guidance.

Trakm8 Holdings PLC said Wednesday that pretax loss narrowed in fiscal 2022, but that it has started the new financial year with continuing supply challenges and inflationary pressures.

Safestay PLC said Wednesday that revenue for the first quarter of 2022 was slightly ahead of management's expectations, and that its 2021 underlying profit before disposals will reflect the effect of pandemic-related closure periods.

Shares in Windar Photonics PLC fell 58% in early trade Wednesday after the company said that it expects to report a 50% fall in 2021 revenue due to project delays in China, and that these accounts will be delayed past the regulatory deadline.

Oxford Cannabinoid Technologies Holdings PLC said Wednesday that it expects to report results in line with expectations for the eleven months ended April 30.

0913 GMT - Lookers rises 5% to 78 pence after the U.K. car dealer said it expected annual underlying pretax profit to be ahead of its expectations after strong 1H trading. Liberum Capital says it is increasing its full-year adjusted pretax profit forecast by 29% to reflect the strength of 1H and a degree of caution on 2H, given the consumer environment, despite a strong new car order book. "Even as supply starts to improve and demand comes under pressure going into 2023, our analysis suggests a crash is unlikely," Liberum analysts say in a note, adding that the stock looks good value and reiterating their buy recommendation. Liberum also increases its target price to 122p from 110p. (philip.waller@wsj.com)

0851 GMT - The energy regulator for Great Britain, Ofgem, has released its draft determinations for the 2023-28 regulatory cycle for power distribution companies. On first sight, the overall package is better than feared with an allowed cost of equity of 4.75% versus consensus expectation of 4.7%, Citi's utilities analyst Jenny Ping says in a note. As for total expenditure, the proposal is 22% lower than what utility SSE had requested and 19% lower for National Grid. This limits the companies' investment and spending and eventual costs for consumers. "While this draft set of regulations is not as bad as feared--given the focus on energy bills--it is at best in-line with market expectations and nothing to get excited about," she says. (jaime.llinares@wsj.com)

0825 GMT - The draft determination released by the U.K.'s energy regulator Ofgem for power distribution networks' returns in 2023-2028 is a slight positive for the companies, John Musk at RBC Capital Markets says in a note. Total expenditure levels have been set 17% below business plan requests, but market expectations were around that level, he says. In addition, the return-on-equity allowance has been set at 4.75% compared with company requests of 5%-6% and market expectations of 4.6%. "Overall we regard the ED2 Draft Determination as slightly positive for U.K. electricity distribution companies given the higher than expected RoE [return on equity] and totex [total expenditure] levels that have not been drastically cut versus business plans," Musk says. (jaime.llinares@wsj.com) 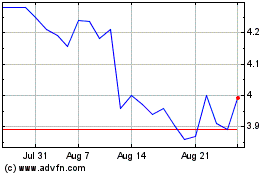 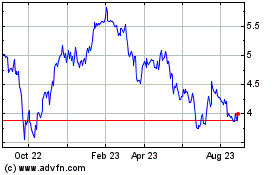 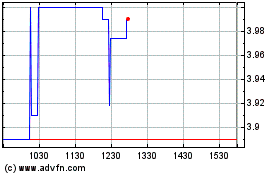