President Biden's decision to revoke a permit for Keystone XL likely spells the end of a saga spanning more than 12 years over the pipeline meant to carry Canadian crude to the U.S.

Here is a brief history of the long-contested project, which has now faced judgment from three U.S. presidential administrations, and a look at what likely comes next.

What is the Keystone XL Pipeline?

Keystone XL is an expansion of an existing pipeline, called Keystone, that carries Canadian crude into the U.S. It was first proposed in July 2008 by TC Energy Corp., then known as TransCanada Corp., a pipeline company based in Calgary, Alberta, and ConocoPhillips, which was a joint owner until 2009.

The expansion was originally conceived when oil prices were at historic highs -- just before the 2008 financial crisis and American shale oil boom -- as an artery that would pump 500,000 barrels of Canadian crude more than 1,700 miles from Alberta to the U.S. Gulf Coast. The line, which is now partially built but not operating, was eventually expected to transport 830,000 barrels of oil 1,210 miles from the Canadian oil sands to Steele City, Neb., where it would link to existing pipelines heading to Gulf Coast refineries.

Why has it been controversial?

Soon after TC proposed the pipeline, it ran into opposition from environmental groups. They cited the threat of spills, and they wanted to reduce the amount of oil extracted from Canada's oil sands, widely seen as among the most greenhouse-gas intensive energy in the world.

Farmers, ranchers and Native American groups along the proposed route also opposed the pipeline, because it would have traversed ecologically sensitive areas and aquifers important as sources of drinking water and irrigation supplies. Protests, including one involving actress Daryl Hannah, who was led away in handcuffs after staging a sit-down on a sidewalk outside the White House, helped make it a prominent political issue.

Why has it had such a tortuous regulatory path?

Canadian regulators approved TC's application in March 2010. But the Keystone XL project soon became a political football in the U.S.

In January 2012, President Barack Obama rejected the pipeline, arguing that he didn't have time to abide by a deadline imposed by the Republican-held Congress to review the project.

But he invited the company to resubmit a plan.

TC then became mired in court challenges in Nebraska, which prompted the U.S. State Department to indefinitely delay its decision. In November 2015, the Obama administration rejected TC's permit, citing concerns about climate change.

The pipeline's hopes were revived with the election of Donald Trump in 2016. Mr. Trump had made approval of Keystone XL one of his signature campaign promises, and his administration followed through by granting approval during the first months of his presidency.

More court challenges followed in Montana and Nebraska, however, and Mr. Trump was prompted to issue a new permit in 2019 that allowed construction to proceed without environmental review.

Mr. Biden's win in November quickly changed Keystone XL's fortunes yet again. In an attempt to save the project, TC this week announced it would commit to spending $1.7 billion on solar, wind and battery power to operate the partially completed pipeline, and to use union labor.

On Jan. 20, Mr. Biden signed an executive order canceling the permit that allowed the pipeline to cross Canada's border with the U.S., citing the climate-change crisis as a reason.

What is the impact on Canada and the U.S. if the pipeline isn't built?

Canada, the world's fourth-largest oil exporter, sells almost all of its oil to one customer: the U.S. The country's government and its oil industry saw Keystone XL as an important export conduit for the country, which has long grappled with pipeline bottlenecks that squeezed regional oil prices and forced producers to send more of their oil south by train.

Canadian Prime Minister Justin Trudeau called approval of the project a key issue when he spoke with Mr. Biden after his election win, in a bid to try to salvage the development.

The U.S., which benefited from the rise of its domestic shale oil industry, still gets half of its oil imports from Canada. Refiners in the Midwest and the Gulf Coast are geared toward accepting the sort of heavy oil that Canada produces and could now be forced to buy more oil from adversarial states like Russia and Venezuela.

The fate of Keystone is likely sealed, although one person familiar with TC's thinking has said the company has mulled challenging the U.S.'s decision, but it is uncertain whether to proceed.

The company had previously filed a claim under the North American Free Trade Agreement in 2016, after Mr. Obama denied a presidential permit for the pipeline. It also filed a suit in U.S. federal court in Houston, arguing that Mr. Obama didn't have the constitutional authority to deny the permit.

Those actions were made moot when Mr. Trump approved the permit in 2017.

A similar strategy this time could come with risks, said Mark Warner, a trade and investment lawyer who practices in both Canada and the U.S.

The company and Canadian officials "would need to evaluate carefully whether pursuing these remedies would lead to a more favorable diplomatic resolution or render it more difficult," Mr. Warner said.

TC said it was disappointed by Mr. Biden's order and would consider its options. Meanwhile, it announced it would immediately stop the project and braced to take an earnings hit in the first quarter of the year.

--Paul Vieira contributed to this article.

Write to Vipal Monga at vipal.monga@wsj.com 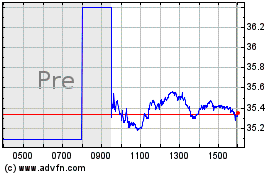