SYDNEY--Rio Tinto PLC elevated an executive experienced in negotiating with Chinese buyers to run its iron-ore business at a time of heightened tensions between Canberra and Beijing.

He takes the helm of the business, which records wide margins on its iron-ore sales and accounts for the bulk of Rio Tinto's earnings, amid a deep trade dispute between Australia, where Rio Tinto produces the bulk of its iron ore, and China, its No. 1 buyer.

While Australian iron-ore shipments to China haven't been affected by the dispute, Beijing has placed restrictions or tariffs on a range of other Australian commodities including barley, wine and coal.

Australia drew China's anger when it sought support from European leaders to investigate whether Beijing's early response to the coronavirus contributed to the pandemic. Many Australian lawmakers and economists see the tariffs as retaliation by China for that diplomatic push.

Mr. Trott has been the miner's chief commercial officer since January 2018 which has included overseeing the selling and marketing of Rio Tinto's commodities to Chinese buyers.

He'll also assume responsibility for the iron-ore unit at a time when prices of the commodity are near a nine-year high because of strong Chinese demand. Iron ore, used to make steel, is one of the world's most-traded commodities and was among the best performing assets of 2020.

The miner earlier this month reported a 1% lift in annual shipments of iron ore from its Australian mining hub, but said it continues to face uncertainty resulting from the Covid-19 pandemic and a review of heritage laws in Western Australia state.

Mr. Trott's appointment was part of a reshuffle announced Thursday as the world's second biggest miner by market value seeks to repair its reputation with investors, lawmakers and indigenous groups after it last year destroyed two ancient rock shelters in remote northwest Australia.

Mr. Stausholm became CEO this month after predecessor Jean-Sébastien Jacques was ousted amid the fallout from the destruction of the Juukan Gorge caves on May 24.

"Now the work starts for ExCo, with a full agenda ahead of us and a determination to become a strong team," Mr. Stausholm said, referring to Rio's executive committee. "I am confident that together we can unleash Rio Tinto's full potential."

Mr. Stausholm has said repairing Rio Tinto's relationship with indigenous groups and other stakeholders is a key priority for the company. The shelters that Rio Tinto destroyed contained a trove of artifacts that indicated they had been occupied by humans more than 46,000 years ago. 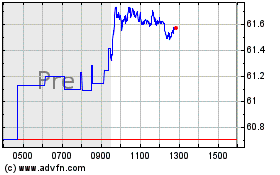