McKesson Corp., which is serving as the centralized distributor for J&J vaccines, is working with FedEx and UPS to ship the doses nationwide. The shipments are expected to reach states and vaccination sites as early as Tuesday, the Biden administration said.

A FedEx spokeswoman said pickups had begun at a McKesson facility in Olive Branch, Miss. The shipping company is using its distribution hub in Memphis, Tenn., to deliver the doses nationwide.

UPS trucks picked up J&J vaccine from a McKesson facility in Shepherdsville, Ky., on Monday and brought them to a UPS center in Louisville, Ky., a company spokesman said. The doses will then be flown to UPS sites throughout the country for delivery by vehicle Tuesday morning.

The U.S. Food and Drug Administration on Saturday authorized use of the vaccine. J&J had made nearly four million doses for initial shipment. The administration said it expects about 20 million doses to be delivered by the end of March.

Distribution will be uneven early on as the company increases production, it said, meaning the bulk of the additional 16 million doses will arrive later in the month.

"We're getting these doses out the door as soon as they're available to ensure vaccines get into arms as quickly as possible," a senior Biden administration official said Sunday.

J&J has said it expects output will quickly increase, enabling it to deliver a total of 100 million doses for use in the U.S. by the end of June. The company said it had begun shipping the vaccine, which is being allocated and distributed under federal supervision.

Health authorities have been counting on vaccinations to protect people against Covid-19 and permit schools, businesses and other establishments to fully reopen. The pace of vaccinations has increased following a shaky start, but limited supplies have restricted how many people are designated eligible.

More than 75 million doses have been administered in the U.S. out of 96.4 million doses distributed, according to the U.S. Centers for Disease Control and Prevention.

The first two Covid-19 vaccines cleared for use -- one from Pfizer Inc. and partner BioNTech SE, and the other from Moderna Inc. -- require two doses for full protection, according to the FDA. J&J's vaccine needs just one dose, which should simplify the vaccination drive, though the shot wasn't as effective in late-stage trials as the other two shots.

J&J's shot was still plenty effective, health experts say, and its performance in the trial may have been impacted by the presence of coronavirus variants that may not have been present during late-stage trials for the other two shots.

Public-health advisers to President Biden have urged Americans to take the first available vaccine when it is their turn, and not wait for the one they prefer.

Anthony Fauci, Mr. Biden's chief medical adviser on Covid-19, minimized concerns that studies showed the J&J shot is less effective than the Pfizer - BioNTech and Moderna vaccines earlier authorized by the FDA. Dr. Fauci said that the J&J vaccine guarded against hospitalizations and deaths, the two most serious outcomes, and that it hadn't been compared head-to-head against the other two.

"All three of them are really quite good, and people should take the one that's most available to them," Dr. Fauci said on NBC's "Meet the Press" Sunday morning.

"If I would go to a place where they had J&J, I would have no hesitancy whatsoever to take it," he added.

Biden officials said the J&J vaccine would be allocated as the first two have been, in proportion to the population of a state, tribe or territory.

The J&J vaccine, the first administered in a single dose, is expected to bolster a mass-vaccination campaign that is pushing to end the deadliest pandemic in more than a century.

As of Sunday, 15% of the nation's population had received one or more doses of the two previously approved Covid-19 vaccines, according to the CDC. Health experts say well more than half the population needs to be vaccinated for the herd immunity needed to move past the pandemic.

Mr. Biden has said that enough doses of vaccine would be available to vaccinate 300 million Americans by the end of July.

McKesson is working with logistics partners FedEx Corp. and United Parcel Service Inc. to get doses and supply kits out to providers, with a goal of shipping them within one to two business days after receiving orders.

The medical-supply company also has the federal contract to manage distribution of the Moderna vaccine, plus potentially others if they become authorized.

McKesson also is distributing supply kits for all authorized vaccines, including the one from Pfizer and BioNTech, which are handling their own dose distribution.

Write to Peter Loftus at peter.loftus@wsj.com and Ken Thomas at ken.thomas@wsj.com 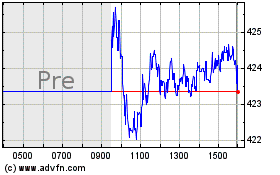