Indicate by check mark if the registrant is submitting the Form 6-K in paper as permitted by Regulation S-T Rule 101(b)(1):    ☐

Indicate by check mark if the registrant is submitting the Form 6-K in paper as permitted by Regulation S-T Rule 101(b)(7):    ☐

This Form 6-K is incorporated by reference into the registrant’s Registration Statement on Form F-3 (File No. 333-213649).

Except as otherwise required by the context, references to “Materialise,” “Company,” “we,” “us” and “our” are to Materialise NV and its subsidiaries.

Net other operating income increased to 1,474 kEUR compared to 810 kEUR for the fourth quarter of 2018.

Segment EBITDA from our Materialise Software segment increased to 5,026 kEUR from 2,969 kEUR while the segment EBITDA margin (segment EBITDA divided by segment revenue) was 41.5% compared to 29.6% for the prior-year period.

Segment EBITDA from our Materialise Manufacturing segment decreased to 1,761 kEUR from 1,983 kEUR while the segment EBITDA margin remained flat at 8.3%.

As a result of the implementation of the new accounting standard IFRS 16, we recognized additional lease assets and liabilities in the amount of 4,998 kEUR at January 1, 2019. At the end of the year ended December 31, 2019, the total commitment of lease assets and liabilities amounted to 5,025 kEUR. Our Adjusted EBITDA for the year ended December 31, 2019 was affected positively by the new standard as a result of the rental payments decrease of 2,580 kEUR; however, our operating profit was impacted by (18) kEUR as depreciation expenses increased by 2,597 kEUR. For the fourth quarter of 2019 our Adjusted EBITDA was affected positively by 641 kEUR, while our operating profit was impacted by (93) kEUR and depreciation expenses increased by 735 kEUR.

Materialise uses EBITDA and Adjusted EBITDA as supplemental financial measures of its financial performance. EBITDA is calculated as net profit plus income taxes, financial expenses (less financial income), shares of loss in a joint venture and depreciation and amortization. Adjusted EBITDA is determined by adding non-cash stock-based compensation expenses and acquisition-related expenses of business combinations to EBITDA. Management believes these non-IFRS measures to be important measures as they exclude the effects of items which primarily reflect the impact of long-term investment and financing decisions, rather than the performance of the Company’s day-to-day operations. As compared to net profit, these measures are limited in that they do not reflect the periodic costs of certain capitalized tangible and intangible assets used in generating revenues in the Company’s business, or the charges associated with impairments. Management evaluates such items through other financial measures such as capital expenditures and cash flow provided by operating activities. The Company believes that these measurements are useful to measure a company’s ability to grow or as a valuation measurement. The Company’s calculation of EBITDA and Adjusted EBITDA may not be comparable to similarly titled measures reported by other companies. EBITDA and Adjusted EBITDA should not be considered as alternatives to net profit or any other performance measure derived in accordance with IFRS. The Company’s presentation of EBITDA and Adjusted EBITDA should not be construed to imply that its future results will be unaffected by unusual or non-recurring items.

This document contains translations of certain euro amounts into U.S. dollars at specified rates solely for the convenience of readers. Unless otherwise noted, all translations from euros to U.S. dollars in this document were made at a rate of EUR 1.00 to USD 1.117319, the reference rate of the European Central Bank on December 31, 2019.

The Company is providing this information as of the date of this report and does not undertake any obligation to update any forward-looking statements contained in this report as a result of new information, future events or otherwise, unless it has obligations under the federal securities laws to update and disclose material developments related to previously disclosed information. 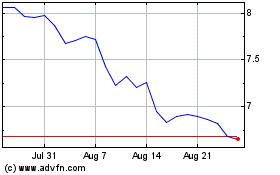 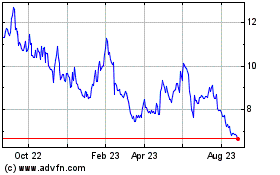 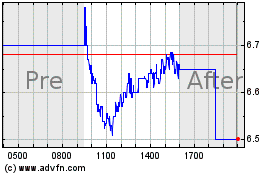