If an emerging growth company, indicate by checkmark if the registrant has elected not to use the extended transition period for complying with any new or revised financial accounting standards provided pursuant to Section 13(a) of the Exchange Act. ¨

Item 2.01   Completion of Acquisition or Disposition of Assets

As previously reported by Heat Biologics, Inc. (“Heat”) in a Current Report on Form 8-K filed by Heat with the Securities and Exchange Commission (the “SEC”) on December 21, 2021, Heat entered into an Agreement and Plan of Merger and Reorganization (the “Merger Agreement”) by and among Heat, Heat Acquisition Sub 1, Inc., a Delaware corporation and wholly owned subsidiary of Heat (“Merger Sub”), and Elusys Therapeutics, Inc., a Delaware corporation (“Elusys”), providing for, among other things, the merger of Merger Sub with and into Elusys, with Elusys continuing as the surviving entity as a wholly owned subsidiary of Heat (the “Merger”).

On April 18, 2022 (the “Closing Date”), Heat closed the Merger contemplated by the Merger Agreement (the “Closing”). Pursuant to the Merger Agreement, as merger consideration (“Merger Consideration”) Heat paid at the Closing a cash upfront payment of $3,000,000 to certain of the equity holders of Elusys (the “Sellers”) and assumed and contributed $867,646 to the payment of 50% of certain Elusys lease termination and employee severance payments. Heat will also pay to the Sellers (i) $2,000,000 at the same time as the initial pass through revenue is distributed to the Sellers as described below and (ii) earn out payments for a period of 12 years from the date of Closing equal to 10% of the gross dollar amount of payments received during each one year period during such twelve year period with respect to any sale, license or commercialization anywhere in the world of Anthim that either: (a) occurs during the first nine years after the Closing Date in any respect; or (b) occurs thereafter pursuant to any contract, agreement, commitment or order that is placed, granted, awarded or entered into during the first nine years after the Closing Date.

In addition, Elusys is expected to receive additional revenue from the future fulfillment of an existing U.S. Government contract and Heat has agreed to fulfill the future obligations of Elusys under such contract and pass through and distribute to the Sellers the revenue that is received under such contract minus the costs associated with such fulfillment obligations, subject to certain adjustments to the Merger Consideration specified in the Merger Agreement, including income taxes payable with respect to such payments. The Merger Agreement further provides that eighty percent of any amounts paid to and received by Elusys after the Closing and prior to June 30, 2023 with respect to the sale of 1,500 pre-filled vials of Anthim shall be paid to the Sellers, subject to certain adjustments specified in the Merger Agreement. Heat also agreed to use commercially reasonable efforts to maintain, finance, operate and promote Anthim and maintain the existing government contract and to continue to operate the Elusys business so as to allow the Sellers to receive the Merger Consideration.

The Merger Agreement contains customary representations, warranties and covenants of Heat, Elusys and the Merger Sub. Subject to certain customary limitations, the Sellers have agreed to indemnify Heat and its officers and directors against certain losses related to, among other things, breaches of Elusys’ representations and warranties, certain specified liabilities and the failure to perform covenants or obligations under the Merger Agreement.

Elusys is a private, commercial-stage biopharmaceutical company that has achieved United States and international licensure in Canada, the United Kingdom, and the European Union for its lead antibody therapeutic, Anthim® (obiltoxaximab), a medical countermeasure to treat patients following anthrax exposure. Anthim is indicated for prophylaxis of inhalational anthrax due to B. anthracis when alternative therapies are not available or are not appropriate. Anthim has been delivered to the US Strategic National Stockpile (“SNS”) as the result of a successful, multi-year partnership with the U.S. government.

Elusys is a company focused on the commercialization of ANTHIM® (obiltoxaximab), which has received FDA approval and orphan drug exclusivity for the treatment of inhalational anthrax due to Bacillus anthracis.

Elusys has been awarded over $350 million in procurement and development contracts by the Biomedical Advanced Research and Development Authority (BARDA), the National Institute of Allergy and Infectious Disease (NIAID) and the Department of Defense (DoD). Working closely with these agencies, Elusys has been able to advance ANTHIM to the commercial stage providing a therapeutic for inclusion in the CDC’s Strategic National Stockpile (SNS) to strengthen US biosecurity against a potential anthrax attack. ANTHIM was licensed for commercial use by the FDA in 2016.

Elusys was formed in 1998 by Jeff Wolf, our President, Chief Executive Officer and Chairman of the Board of Directors, who directly and through affiliated entities owns approximately 1.2% of the outstanding stock of Elusys, in the form of common stock, which is subordinate in terms of distributions to the Elusys preferred stock. Due to the potential conflict of interest, Heat formed a Special Committee of its Board of Directors to review and negotiate the Merger Agreement. However, pursuant to the terms governing the Elusys preferred stock, the preferred stockholders of Elusys will receive all of the initial $5 million of Merger Consideration and all of the net payments from the $31 million of revenues related to fulfillment of the existing SNS contract. While the amount of earn out payments, if any, to be made over the 12 year period following closing is very uncertain, it also presently seems likely that most if not all of such payments will also be paid to the preferred stockholders of Elusys under the terms of such preferred stock.

On April 20, 2022, Heat issued a press release announcing the Closing of the Merger. A copy of the press release is furnished as Exhibit 99.1 to this Current Report on Form 8-K.

In addition, Heat will be making several presentations to investors over the next several weeks. In connection with the presentations, Heat intends to discuss the investor presentation, which is furnished as Exhibit 99.2 to this Current Report on Form 8-K.

The information in this Item 7.01, in the press release furnished as Exhibit 99.1 and in the investor presentation furnished as Exhibit 99.2 to this Current Report on Form 8-K shall not be deemed to be “filed” for purposes of Section 18 of the Securities Exchange Act of 1934, as amended, or otherwise subject to the liabilities of that section or Sections 11 and 12(a)(2) of the Securities Act of 1933, as amended and  shall not be incorporated by reference into any filing with the U.S. Securities and Exchange Commission made by Heat, whether made before or after the date hereof, regardless of any general incorporation language in such filing.

The press release furnished as Exhibit 99.1 and investor presentation furnished as Exhibit 99.2 to this Current Report on Form 8-K include “safe harbor” language pursuant to the Private Securities Litigation Reform Act of 1995, as amended, indicating that certain statements contained therein are “forward-looking” rather than historical.

Heat undertakes no duty or obligation to update or revise the information contained in this Current Report on Form 8-K, although it may do so from time to time if its management believes it is appropriate. Any such updating may be made through the filing of other reports or documents with the Securities and Exchange Commission.

The financial statements required by Item 9.01(a) of Form 8-K will be filed with the SEC no later than 71 calendar days after the date that this Current Report on Form 8-K is required to be filed.

The pro forma financial information required by Item 9.01(b) of Form 8-K will be filed with the SEC no later than 71 calendar days after the date that this Current Report on Form 8-K is required to be filed.

The following Exhibit 99.1 is furnished with this Current Report on Form 8-K: 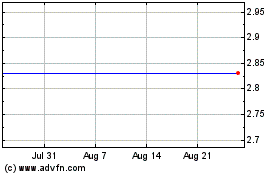 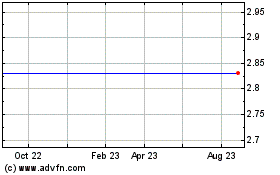 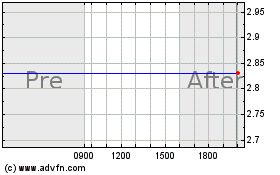