AOL Instant Messenger has set up an away message -- permanently.

The messaging service, also called AIM, is shutting down Dec. 15.

AOL Instant Messenger, which is now owned by Verizon Communications Inc., brought instant messaging into the mainstream by becoming one of the first chat platforms to gain widespread adoption on desktop computers, allowing users to instantly communicate with one another over the internet.

The platform, launched in 1997, helped usher in a new shorthand lingo, such as "lol" for laugh out loud. AIM was particularly known for its "buddy list," which let users know if their friends and contacts were available to chat, and being early to use emoticons in messages with its roster of built-in smiley faces.

"AIM tapped into new digital technologies and ignited a cultural shift, but the way in which we communicate with each other has profoundly changed," the messaging service posted on its website.

Users on social media lamented its end, even though many have since moved to other platforms. AIM is "more of a symbol than anything else," said Thomas Husson, an analyst with Forrester who follows emerging technology. "It's the end of an era for the first generation of internet users."

Barry Appelman, the technologist at AOL who first thought up the buddy list and successfully pushed for the platform to launch beyond AOL's paying subscribers, said the platform brought instant messaging to the public.

"There are very few technologies that you can look at that last more than 20 years. Twenty years is a good run," Mr. Appelman said. "Its clones live on around the world."

AIM's simplicity and wide-spread adoption led the platform to serve many uses, from adolescent chit-chat to facilitating financial trades and intra-office communication.

The importance in financial markets of web-based services such as AIM and Yahoo Messenger has diminished with the rise of other communications technologies, notably the messaging function on the Bloomberg terminal. Yet many traders have stuck with AIM in part because of its earlier popularity and because they are familiar with it.

Anticipating the shutdown of AIM and Yahoo Messenger's former version, Intercontinental Exchange Inc. has been snatching up chat users for its ICE IM chat and sent an email Friday encouraging AIM users to move over to its platform with their existing handles.

"We are ready to service their instant-messaging needs," ICE said in a note to traders.

Michael Kerensky, a trader at R. J. O'Brien & Associates, said about 98% of transactions happen over messenger applications, including AOL Instant Messenger, Yahoo and Bloomberg chat and, more recently ICE IM. But Mr. Kerensky said sometimes it is hard to find clients who have moved off various messenger services or have been forced to take on new handles when they switch platforms. Some have used the same chat handles for 20 years and never pick up the phone.

"It's a pain to find people, because sometimes you don't even know their full name when you're chatting them," he said.

One trader who makes "macro" bets using exchange-traded funds, said he has around 40 customers who use AIM in part because they don't use the Bloomberg chat. Those traders are now considering other options, including the chat service operated by Symphony LLC, a private firm backed by large Wall Street banks and money managers, he said.

Dow Jones Newswires, a wire service of Dow Jones & Co., publisher of The Wall Street Journal, is a provider of news on the Symphony platform and competes with Bloomberg.

Anurag Lal, president and CEO of Infinite Convergence based outside of Chicago, said the AIM was popular with people back in the 1990s because it was ubiquitous and a market leader. But later on, it "lost its ubiquity" and people moved to other platforms.

Kyle Cooper, a consultant at ION Energy Group, said he has been using AIM for 10 to 15 years, as did many natural gas traders he talks to.

"I guess I'm just an old dinosaur but I still use it somewhat," he said. "It's just old school."

AIM's fate follows the path of other older messaging platforms that have shut down in recent years, including MSN Messenger in 2014 and Yahoo Messenger last year.

The move also offers reminders on how AOL, formerly called America Online, has struggled to turn its early internet dominance into leading the next generation of internet services. The chat platform grew from 13 million users in 1997 to 65.5 million users in 2000. It isn't immediately clear how many users the platform has currently.

Users eventually flocked to social-media platforms, like Facebook, and then onto messaging apps, like WhatsApp and Facebook Messenger. In 2014, Facebook Inc. agreed to buy messaging company WhatsApp for $19 billion and business-focused messaging platform Slack recently closed a $250 million funding round, valuing the company at $5.1 billion.

In 2015, Verizon Communications Inc. agreed to buy AOL Inc. for $4.4 billion, a deal aimed at advancing the telecom giant's growth ambitions in mobile video and advertising.

Write to Austen Hufford at austen.hufford@wsj.com 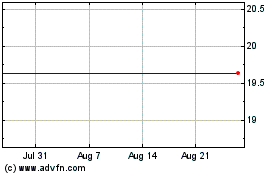 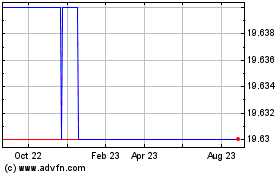 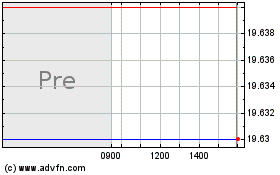