--A merger between TF1 and M6 would create a French streaming operator in a transforming TV market, the companies say

--Bouygues would have exclusive control over the new entity, with Bertelsmann's RTL a strategic stakeholder

French TV networks Television Francaise 1 SA and M6-Metropole Television SA are planning a merger that will create a streaming-focused French operator, the two companies and their respective majority shareholders said in a joint release late Monday.

The companies have entered into exclusive talks over a merger between TF1, 43.7% of which is held by telecommunications company Bouygues SA, and M6, which is part of Luxembourg-based broadcaster RTL Group SA. RTL is majority-owned by German media group, Bertelsmann SE.

Combining the two networks' brands and expertise would create a French streaming operator in a market undergoing structural transformation, the companies said. "The proposed merger is critical to ensure the long-term independence of French content creation and to continue to offer diversified and premium local content to the benefit of all viewers," they added.

The merger would involve a carve out of M6's non-broadcast-related activities into a new entity, to be called M6 services. The remaining broadcasting entity would be renamed M6 Edition. M6 Services would then be merged with TF1, with RTL contributing its 48.3% stake in M6 Edition to the merged entity. The remainder of M6 Edition would stay in free float, in line with French media regulations, the companies said.

Bouygues would hold 30% of the new group and have exclusive control over it after buying an 11% stake from RTL for 641 million euros ($778.9 million), according to the proposed deal. The transaction would entail a special cash dividend payment of EUR1.50 a share to M6 shareholders.

Around 54% of the new Paris-listed entity would be in free float.

Bouygues said the new group would have EUR3.4 billion in annual revenue and an operating profit of EUR461 million, according to pro forma 2020 results. Within three years, synergies should add some EUR250 million-EUR350 million to earnings before interest, taxes and amortization, the companies said.

Bouygues would nominate four members of the entity's 12-person board and RTL would nominate two. M6 Chairman Nicolas de Tavernost would be proposed as chairman and chief executive officer of the new company, which would be given a name "reflecting the diversity and the strength of its assets," the companies said.

The transaction, which has the approval of the boards of all involved companies, should go ahead by the end of 2022, pending employee consultations and antitrust clearance, Bouygues said. 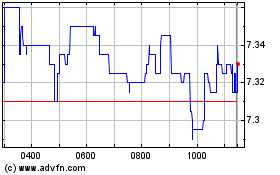