Dutch brewer Heineken expects a negative currency translational impact on revenue, operating and net profit for the year, citing the Brazilian real as the biggest threat to its topline.

"We see the biggest individual impact on revenue coming from the Brazilian real but given our international exposure we also see impact from other currencies like the Nigerian Naira and others," Heineken says.

The euro has risen almost 50% against the Brazilian real since the start of 2020, and year-to-date it has gained 5.4% against the currency, according to FactSet. 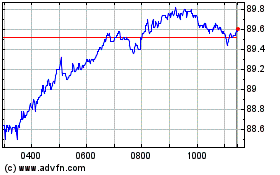