THIS PRESS RELEASE CONTAINS INSIDE INFORMATION FOR IMMEDIATE RELEASE.

Certain existing Ease2pay and Involtum shareholders commitment to subscribe for new shares for an amount of € 6,375,000 to accelerate growth of combined company

Rotterdam, The Netherlands, November 29, 2021 – Ease2pay N.V. (“Ease2pay” or the “Company”) (Euronext Amsterdam: EAS2P), a payment services provider focusing on digital payments for customers and merchants in the mobility sector, today announces that it has entered into an agreement with the shareholders of Involtum Holding B.V. (“Involtum”) to acquire all shares in the share capital of Involtum. Involtum offers an IoT (Internet of Things) smart activation and transaction platform, with integrated billing and payment system focussing on electricity and charging infrastructure and digital payments for shared self-services in harbours, at truck parkings, at camper sites, in marinas and launderettes. Involtum is based in Rotterdam and active throughout Europe with its own labels including Walstroom, NomadPower and AanUit.net. The combined company is well positioned to benefit from significant growth in the mobile payment market and unlock synergies by combining their user bases and leverage their respective technology platforms. Involtum and its team is expected to be fully integrated in the Ease2pay activities and participate in an expanded management team.

Gijs van Lookeren Campagne, member of the management board of Ease2pay commented: “I am very pleased to announce the intended acquisition of Involtum. This transaction will make Ease2pay the leading mobile payment platform for shared transport services, benefiting from the upcoming energy transition. NomadPower, Involtum’s truck and cool trailer charging label, is EU market leader and is well positioned to capitalise on the transition towards electric trailer cooling and e-trucks. Thanks to obtained commitments from the management team of both Ease2pay and Involtum, as well as long-term shareholders of Ease2pay, we can pursue our ambitious growth strategy. The proceeds from the capital raise will allow us to invest in the expansion of our joined businesses and leverage our combined platforms. While we work towards closing of this transaction and the integration of our businesses, management continues to look for further sources of funding to support our growth acceleration.”

Edwin Noomen, managing director and co-founder of Involtum commented: “We are very enthusiastic about the opportunity to combine forces with Ease2pay and take the next step to accelerate our growth. Ease2pay’s abilities in mobile payments enhance our capabilities in IoT. We are proud to be entering into this new phase with the continued support of our shareholders and we are looking forward to building our combined future.”

The acquisition of Involtum is in line with previously announced growth ambitions of Ease2pay and follows an assessment of the Company’s various strategic growth opportunities executed earlier this year. Through this Transaction, Ease2pay expects to benefit from strong trends supporting growth of self-service by offering IoT and mobile payments solutions to a wider range of sectors. On the corporate website https://investor.ease2pay.eu/ a detailed combined Investor Presentation is published.

DETAILS OF THE TRANSACTION

Loan conversions prior to the Transaction

Prior to the Transaction, Involtum shareholders and ENERGIIQ Energie-Innovatiefonds Zuid-Holland B.V., with whom Involtum has entered into multiple convertible loan agreements, are expected to convert existing shareholders loans and accrued interest for an aggregate amount of approximately € 1,400,000 in new shares of Involtum.

To provide additional growth capital to the Company, the Company intends to issue 2,108,344 new non-listed shares to certain major shareholders of the Company and certain shareholders of Involtum for an aggregate amount of € 6,375,000 (the "Private Placement"). The issue price of the Private Placement will be € 3.02, which was set by the pricing committee of the Company with reference to the volume weighted average price of the listed ordinary shares in the capital of Ease2pay on Euronext Amsterdam the 90 days preceding this press release. The same issue price will apply to the new non-listed shares issued in relation to the conversion of the existing shareholder loan with The Internet of Cars.

The Company will seek admission to listing and trading of the new non-listed shares from the Transaction and the Private Placement on Euronext Amsterdam following the publication of an approved prospectus which is expected to occur in the second quarter of 2022. As a result, the new non-listed shares will be converted, and subsequently admitted to listing and trading on Euronext Amsterdam together with the listed ordinary shares.

Approval of the general meeting of Ease2pay

The consummation of the Transaction, the conversion of the existing shareholder loan with The Internet of Cars and the Private Placement are subject to approval by the Company's general meeting of shareholders. Ease2pay will convene an extraordinary general meeting, which is expected to take place in January 2022. Major shareholders from Ease2pay representing 74,5% of the share capital have provided voting commitments in favour of the Transaction. Publication of all relevant materials for the extraordinary general meeting will follow in due course.

Certain Involtum Shareholders and The Internet of Cars, all expected to be represented in the future management team of Ease2pay, have each agreed to not sell or otherwise dispose of any shares Ease2pay following the Transaction and the Private Placement up to and including one (1) year following the issuance of the new non-listed shares (the “Lock-up Commitments”).

About Involtum Holding B.V.Involtum is an innovator in IoT smart activation and transaction services, providing an integrated billingand payment platform which enables service providers to develop and improve shared use services and new energy transition business models. With customers in sectors ranging from industrial shipping & road transport to leisure marinas and laundromats, Involtum understands the power that comes from connectivity.

About Ease2pay N.V. Ease2pay is an innovative payment service provider seeking to make electronic payments cheaper for both consumers and retailers. Ease2pay’s proprietary mobile payment and loyalty platform turns every smartphone into a secure pin terminal via an app that allows consumers to order, pay and save using their smartphones, eliminating the need for point-of-sale equipment.

Ease2pay is listed on the regulated market of Euronext Amsterdam, under the symbol EAS2P. Learn more at www.ease2pay.eu.

This press release is released by the Company and contains inside information for the purposes of Article 7 of the Market Abuse Regulation (EU) 596/2014 (“MAR”), encompassing information relating to the private placement, and is disclosed in accordance with the Company's obligations under Article 17 of MAR.

For the purposes of MAR and Article 2 of Commission Implementing Regulation (EU) 2016/1055, this press release is being made on behalf of the Company by Jan Borghuis, member of the management board of the Company.

Any investment decision in connection with the Private Placement must be made on the basis of all publicly available information relating to the Company and the new shares to be placed. The information contained in this announcement is for background purposes only and does not purport to be full or complete.  No reliance may be placed for any purpose on the information contained in this announcement or its accuracy or completeness. This announcement does not purport to identify or suggest the risks (direct or indirect) which may be associated with an investment in the Company or the new shares. 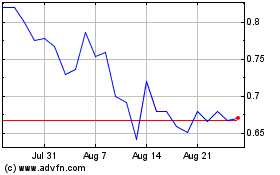 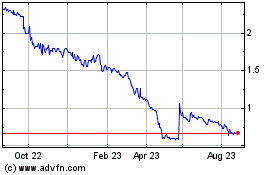 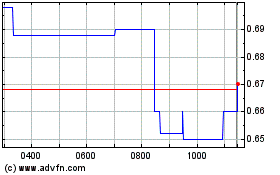