NOT FOR RELEASE, PUBLICATION OR DISTRIBUTION, IN WHOLE OR IN PART, DIRECTLY OR INDIRECTLY, IN, INTO OR FROM ANY JURISDICTION WHERE TO DO SO WOULD CONSTITUTE A VIOLATION OF THE RELEVANT LAWS OR REGULATIONS OF SUCH JURISDICTION .

THIS ANNOUNCEMENT DOES NOT CONSTITUTE AN ANNOUNCEMENT OF A FIRM INTENTION TO MAKE AN OFFER UNDER RULE 2.7 OF THE CITY CODE ON TAKEOVERS AND MERGERS (THE "CODE"). THERE CAN BE NO CERTAINTY THAT ANY FIRM OFFER WILL BE MADE, NOR AS TO THE TERMS ON WHICH ANY FIRM OFFER MIGHT BE MADE .

Reabold (AIM: RBD), the AIM investing company which focuses on investments in upstream oil and gas projects, provides some further background to Reabold's Possible Offer and a response to Deltic's announcement of 16 July 2020.

Further Background to the Possible Offer and Deltic's Response

Whilst Reabold is optimistic regarding the ultimate prospects of Deltic's high impact exploration wells in the North Sea in the medium term, Reabold believes that it is unlikely that there will be any significant activity or news flow until Shell U.K. Limited ("Shell") commences drilling of Pensacola, which is estimated to be in H2 2021.

The Possible Offer provides Deltic shareholders with near term news flow from Reabold's exposure to two fully funded wells at West Newton, planned for H2 2020 which, being appraisal wells rather than exploration wells, Reabold believes exhibit a lower risk profile. In-line with previous guidance, drilling at the West Newton B-1 well is expected to commence in Q3 2020. The combined group would have a diverse and highly active portfolio of assets, including producing assets in California and near-term potential production from Reabold's assets in Romania.

Reabold is disappointed in Deltic's initial views of the West Newton project and notes that, given the lack of engagement with Reabold, the Deltic Board's "detailed understanding" appears to stem from datasets dating back to 2017, which was prior to the drilling of the West Newton A-2 well. Reabold is surprised that the Deltic Board has noted "serious concerns in relation to the technical viability, materiality and limited potential upside" in relation to West Newton, particularly given the fact that Deltic uses West Newton as an example of a potential analogue of Pensacola in its recent presentation materials and references the significant discovery at West Newton in its own regulatory announcements when referring to Pensacola.

Reabold currently has a 39.7 per cent. economic interest in the West Newton project, via its 59.5 per cent. interest in Rathlin Energy (UK) Limited ("Rathlin") (the operator of West Newton), which will increase to a 56 per cent. economic interest on completion of the acquisition of Humber Oil & Gas Ltd's 16.665 per cent. direct interest. West Newton is potentially the largest onshore hydrocarbon discovery in the UK since 1973 and, since the Deltic Board's review of the project in 2017, Rathlin has been engaged in significant value accretive work which has advanced the technical understanding of the asset and brought it to the current stage of development, with an exciting period of drilling over the next six months with the two planned and fully funded appraisal wells.

Reabold completed its initial investment into Rathlin in 2018 and, in 2019, Reabold invested, in aggregate, a further GBP17m into Rathlin. 2019 was a transformational year for the West Newton project with the West Newton A2 discovery being announced on 17 June 2019. The appraisal well encountered a net 65-metre hydrocarbon saturated interval within the Kirkham Abbey formation indicating a substantial hydrocarbon accumulation, including a significant liquids component. In November 2019, Reabold announced an update in respect the estimated in-place oil and gas volumes, indicating a significant upgrade in volumes of estimated hydrocarbons in place in the Kirkham Abbey formation, consisting of a significant volume of oil below a gas cap also of potentially significant size:

Notwithstanding the Deltic Board's initial views of Reabold's assets, as indicated in its offer letter of 14 July 2020, Reabold would be pleased to provide access to detailed and up to date information and spend time with the Deltic Board and its advisers to explain the significant upside available from its exciting portfolio of assets, most notably the forthcoming West Newton appraisal wells, which are fully funded and could be transformational for the combined group and will also have a potential read across to Deltic's potentially high impact but early stage exploration assets. Reabold would also be pleased to discuss the potential synergies, including potentially utilising the technical data from West Newton, to optimise the drill programme at Pensacola.

As noted in its announcement of 15 July 2020, Reabold believes that the complementary nature of the existing Reabold and Deltic portfolios, particularly in the emerging Zechstein oil and gas play underpinned by Reabold's recent West Newton discovery, should facilitate optimal capital deployment both within the proposed enlarged group's expanded portfolio and for potential new project investments, whereby the funds set aside for drilling Selene could be utilised for new, nearer term projects. The Reabold management team has a proven track record for new project investment and/or acquisition and Reabold believes that, rather than being inactive during a period of general market uncertainty, the current market conditions provide exciting opportunities, which the combined group can pursue in-line with Reabold's existing investment policy.

In addition, the combined group would benefit from a further strengthened and diversified institutional shareholder base, which Reabold believes will ultimately lead to increased liquidity for shareholders.

Implied valuation of the Possible Offer

In arriving at its valuation, Reabold has taken into consideration, inter alia, the following:

-- Whilst Reabold is a larger company with a more diverse asset base, the Possible Offer is more akin to a merger of equals, with clear synergies on both sides, therefore Reabold does not believe that a significant premium for control is appropriate, with Deltic shareholders remaining as investors in the combined group.

-- In its announcement on 16 July 2020, Deltic refers to the Possible Offer not reflecting Deltic's existing cash balance, which was reported to be GBP13.2m as at 31 March 2020. However, Deltic has been and will continue to burn through cash due to its corporate G&A costs (which Reabold believes could be consolidated and reduced as part of a combined group) through to completion of the Possible Offer, if made and successfully completed.

In addition, Reabold is mindful that, if Deltic's two planned exploration wells are drilled, assuming Deltic's FY2019 annual corporate cash costs are at a similar level going forward, Deltic shareholders would be left with a diminished cash base at the end of 2022. Reabold believes that this, combined with the uncertainty and delayed nature of the Shell drilling campaign is clearly reflected in the prevailing market price of Deltic's shares prior to Reabold's Possible Offer announcement and that, given the corporate expenditure for an investing company with limited short term activities, which is burning through the cash on Deltic's balance sheet, a valuation of lower than the reported 31 March 2020 cash position is justified.

However, Reabold would note that, as set out in its announcement of 15 July 2020, it has not been offered the opportunity to undertake market standard confirmatory due diligence and would encourage the Deltic Board to engage with Reabold in this regard .

This announcement does not amount to a firm intention by Reabold to make an offer under Rule 2.7 of the Code and, even if the pre-conditions noted in Reabold's announcement of 15 July 2020 are satisfied, there can be no certainty that an offer for Deltic will ultimately be made, nor as to the terms on which any such offer would be made.

A further announcement will be made in due course as and when appropriate.

Strand Hanson Limited which is authorised and regulated in the United Kingdom by the Financial Conduct Authority is acting exclusively for Reabold Resources plc and no-one else in connection with the possible transaction described in this announcement and accordingly will not be responsible to anyone other than Reabold Resources plc for providing the protections afforded to clients of Strand Hanson Limited nor for providing advice in relation to the matters described in this announcement.

Disclosure requirements of the Code

If two or more persons act together pursuant to an agreement or understanding, whether formal or informal, to acquire or control an interest in relevant securities of an offeree company or a securities exchange offeror, they will be deemed to be a single person for the purpose of Rule 8.3.

Details of the offeree and offeror companies in respect of whose relevant securities Opening Position Disclosures and Dealing Disclosures must be made can be found in the Disclosure Table on the Takeover Panel's website at www.thetakeoverpanel.org.uk, including details of the number of relevant securities in issue, when the offer period commenced and when any offeror was first identified. You should contact the Panel's Market Surveillance Unit on +44 (0)20 7638 0129 if you are in any doubt as to whether you are required to make an Opening Position Disclosure or a Dealing Disclosure.

In accordance with Rule 26.1 of the Code, a copy of this announcement will be made available (subject to certain restrictions relating to persons resident in restricted jurisdictions) on Reabold's website at www.reabold.com by no later than 12 noon (London time) on 20 July 2020.

For the avoidance of doubt, the content of the website referred to above is not incorporated into and does not form part of this announcement.

This information is provided by RNS, the news service of the London Stock Exchange. RNS is approved by the Financial Conduct Authority to act as a Primary Information Provider in the United Kingdom. Terms and conditions relating to the use and distribution of this information may apply. For further information, please contact rns@lseg.com or visit www.rns.com. 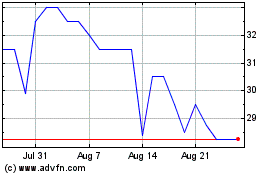 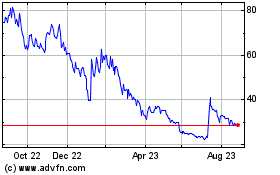 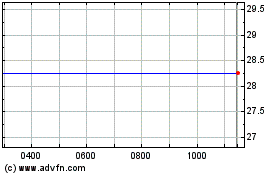