(Jurisdiction of incorporation or organization)

Wael, currently Upstream Director, will remain a member of the Executive Committee in his new role and will continue to be based in the Netherlands. He takes over as Integrated Gas and R&ES Director from Maarten Wetselaar, who will leave the company after more than 25 years of distinguished service on 25th October. Maarten will join Cepsa as Chief Executive Officer as of 1st January 2022.

Zoë, currently Executive Vice President, Conventional Oil & Gas, takes over from Wael as Upstream Director and will join the Executive Committee. She will also be based in the Netherlands.

“Zoë and Wael are both strong, focused leaders, who will bring great energy and commercial expertise to their new roles. Their proven leadership skills will be crucial as we deliver our Powering Progress strategy purposefully and profitably,” said Royal Dutch Shell Chief Executive, Ben van Beurden. “I am also immensely grateful to Maarten for his outstanding contribution to Shell and our customers, for his vision and drive in shaping a world-class LNG portfolio, and for laying the foundations of our power and renewable solutions business. I wish him well in his new role.”

Since joining Shell in 1997, Wael has worked across Shell’s Upstream, Integrated Gas and Downstream businesses. Wael has garnered extensive commercial and leadership experience in roles spanning across Europe, the Middle East and America. He originally trained as an engineer and joined Shell to work at the Shell joint venture, Petroleum Development Oman (PDO). He followed this with roles in gas and power and the global retail team. In 2012 he became Managing Director and Chairman of the Qatar Shell companies, where his responsibilities included Pearl GTL, one of the largest oil and gas projects in the world. From there he went on to run Shell’s Deep Water business, based in Houston, and became Upstream Director and a member of the Executive Committee of Royal Dutch Shell in July 2019.

Wael, 47, holds a Masters degree in Engineering from McGill University and an MBA from Harvard Business School. He is a Canadian citizen of Lebanese origin and is married with three children.

Zoë, 46, has nearly 25 years of frontline and leadership experience, most recently based in The Hague as Shell’s Executive Vice President, Conventional Oil & Gas. Previously she was Country Chair for Shell’s businesses in Australia and New Zealand, based in Perth, and Executive Vice President for Oil Sands, based in Calgary. Zoë trained as an engineer and started her career with Rio Tinto, working in management roles in Australia, Brazil, the United Kingdom and Canada.

The companies in which Royal Dutch Shell plc directly and indirectly owns investments are separate legal entities. In this news release “Shell”, “Shell Group” and “Group” are sometimes used for convenience where references are made to Royal Dutch Shell plc and its subsidiaries in general. Likewise, the words “we”, “us” and “our” are also used to refer to Royal Dutch Shell plc and its subsidiaries in general or to those who work for them. These terms are also used where no useful purpose is served by identifying the particular entity or entities. ‘‘Subsidiaries’’, “Shell subsidiaries” and “Shell companies” as used in this news release refer to entities over which Royal Dutch Shell plc either directly or indirectly has control. Entities and unincorporated arrangements over which Shell has joint control are generally referred to as “joint ventures” and “joint operations”, respectively. Entities over which Shell has significant influence but neither control nor joint control are referred to as “associates”. The term “Shell interest” is used for convenience to indicate the direct and/or indirect ownership interest held by Shell in an entity or unincorporated joint arrangement, after exclusion of all third-party interest.

We may have used certain terms, such as resources, in this news release that the United States Securities and Exchange Commission (SEC) strictly prohibits us from including in our filings with the SEC. Investors are urged to consider closely the disclosure in our Form 20-F, File No 1-32575, available on the SEC website www.sec.gov.

This Report on Form 6-K is incorporated by reference into:

Pursuant to the requirements of the Securities Exchange Act of 1934, the Registrant has duly caused this report to be signed on its behalf by the undersigned, thereunto duly authorized. 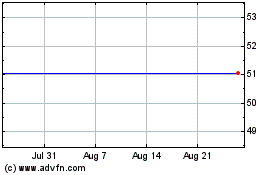 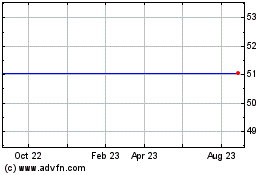 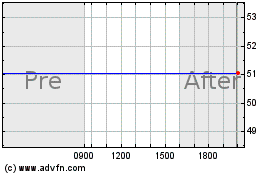