A tenement transfer agreement (Agreement), to be finalised prior to the planned Infinity ASX listing, will see the Company’s Strelley Gorge and Tambourah tenements in the Pilbara transferred into Macarthur’s wholly owned subsidiary, Macarthur Iron Ore Pty Ltd. The Agreement will enable the Company to pursue a future iron ore extension strategy in the Pilbara.

Whilst Macarthur Iron Ore Pty Ltd will become the registered holder of the tenements, as the Pilbara tenements are also prospective for copper, gold, nickel and lithium, following completion of the transfer, Infinity will retain all non-iron ore mineral rights in the tenements.

The tenements that will be transferred under the Agreement are the Strelley Gorge (E45/4735) and Tambourah (E45/5324) tenements in the Pilbara region of Western Australia, covering a combined area of approximately 616km2. The Strelley Gorge tenement is prospective for DSO iron ore and is located immediately adjacent to the Abydos iron ore project that has been mined by Atlas Iron Limited (Atlas Iron). The Tambourah tenement is also prospective for iron ore, with a 5km strike length of the Pincunah banded iron member, that hosts Atlas Iron’s Mt Webber mine approximately 10km to the north-east.

Macarthur considers both tenements prospective for iron ore and is seeking interested parties to further explore these assets.

The Strelley Gorge tenement lies within the Lalla Rookh syncline composed of mainly Euro Basalt (A-KEe-b) metamorphosed basalt, komatiitic basalt and serpentinized peridotite. The tenement also contains two banded iron units prospective for DSO iron ore - the Paddy Market Formation on the eastern side and the Cleaverville formation on the west (see Figure 1 below). The latter hosts past iron ore mining operations of the Abydos project owned by Atlas Iron on the western edge of the tenement (see Figure 2 below).

Atlas Iron has also obtained EPA approval to commence the Sandtrax iron ore mine located in the BIF unit towards the north-eastern boundary (see Figure 2 below).

Figure 1 accompanying this announcement is available at https://www.globenewswire.com/NewsRoom/AttachmentNg/a649218b-eda4-4bbd-a360-c39afd1b4eeb

Figure 2 accompanying this announcement is available at https://www.globenewswire.com/NewsRoom/AttachmentNg/238bf066-3e71-46bc-aa98-c2a2eb4e47e9

Reconnaissance rock sampling completed by Fe Limited (ASX:FEL) on the outcropping BIF along strike from the previously mined Atlas Abydos project returned high iron grades (61.3% and 58.11% Fe). The results, summarised in Table 1 below, were previously reported by FE Limited to the market in an ASX announcement dated 5 September 2019 (see announcement here).

Table 1 accompanying this announcement is available at https://www.globenewswire.com/NewsRoom/AttachmentNg/e028a69c-6913-4f96-b5af-2f8d6e7632a6

Figure 3 accompanying this announcement is available at https://www.globenewswire.com/NewsRoom/AttachmentNg/88d33677-3ca7-44df-b37c-daf9ac257525

Historical reporting by Atlas Iron Ltd in 2012 (see Tables 2 and 3) highlighted the iron potential of the Pincunah Banded Iron formation within the tenement.   Their drilling of the MW08 Prospect (reported in an annual report to the Department of Mines and Petroleum prepared on behalf of Atlas Iron Ltd, and accessible on Wamex (Report Number A095162. Report titled: Mt Webber Project Annual Technical Report, dated 28 September 2012)) returned significant iron results over the 400 metres of strike that was tested with RC drilling. That drilling recorded significant intercepts in fourteen (14) of the twenty‐six (26) drillholes drilled on the MW08 prospect predominantly within goethite and goethitic haematite (see Figures 4 and 5).

Table 3 accompanying this announcement is available at https://www.globenewswire.com/NewsRoom/AttachmentNg/1673f8ce-b962-46dc-8559-68ecc2d3ad26

Figure 4 accompanying this announcement is available at https://www.globenewswire.com/NewsRoom/AttachmentNg/e424ec42-d0ea-4e40-b7e5-97d07a990cb1

Figure 5 accompanying this announcement is available at https://www.globenewswire.com/NewsRoom/AttachmentNg/ae2eea92-c6ac-4826-b944-790f7280966c

“It is beneficial to Macarthur shareholders for the Company to separate the Pilbara iron ore assets from the non-iron ore assets prior to the proposed ASX listing of Infinity Mining Limited, as currently Macarthur is being valued solely on the Lake Giles iron ore assets.

“This transfer will allow all prospective tenements in the Pilbara to be appropriately resourced and drive value through exploration, back to shareholders. Macarthur will be looking to transact with a third party on the Strelley Gorge and Tambourah tenements so as not to distract resources away from the development of the Lake Giles hematite and magnetite projects.”

On behalf of the Board of Directors, Mr Cameron McCall, Chairman

Qualified personsMr Ian S Cooper, B.Sc., A.R.S.M., F.G.S. FAusIMM, a Fellow of the Australasian Institute of Mining and Metallurgy (membership number 107348), is a consultant of Macarthur and is a Qualified Person as defined in National Instrument 43-101. Mr Cooper is a consultant to the Company and has reviewed and approved the technical information contained in this news release. 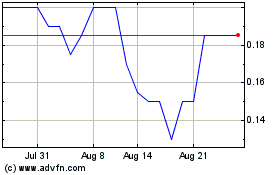 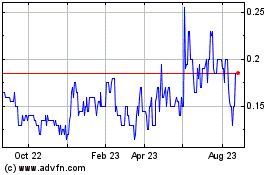 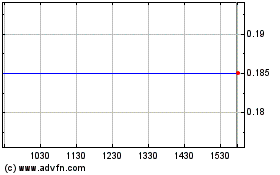