VANCOUVER, BRITISH COLUMBIA--(Marketwired - Apr 15, 2014) - Blackheath Resources Inc. (TSX-VENTURE:BHR) (FRANKFURT:04B) ("Blackheath) is pleased to announce the first ever diamond drill program at the Santa Helena Breccia located within the historic Borralha Tungsten Project, in northern Portugal. Blackheath holds the rights to a 100% interest in the Borralha Tungsten Project, which is the largest past-producing tungsten mine in Portugal. The program will include up to 8 drill holes totalling up to 1,300 metres. The drill program is designed to test the size, geological structures and continuity of tungsten-bearing quartz-veins and to further gauge the grade of the tungsten-bearing breccia body.

This is the first stage of a potential larger drilling program and is based on previous work on the project including 6 trenches that confirmed significant amounts of tungsten at surface. Theses trenches were excavated across the southern portion of the surface of the Santa Helena Breccia. Results were encouraging and included 20 metres with a grade of 0.33 % WO3 (tungsten trioxide) including 5 metres of 1.09% WO3 within a trench of 100 metres averaging 0.13% WO3. Mineralization of disseminated wolframite occurred in all of the trenches and had widths and grades of potential economic interest, subject to further work. (See news release dated September 16, 2013 for details)

Figure 1 is available at the following address: http://media3.marketwire.com/docs/939655a.pdf

The program is designed to test the target zones and the tungsten-bearing veins in the Santa Helena Breccia. The first drill holes of the program will concentrate on the southern portion of the breccia in line with the previously completed channel sampling. The program is expected to be completed within approximately 12 weeks.

Figure 2 is available at the following address: http://media3.marketwire.com/docs/939655b.pdf

"We are pleased to commence the drilling program on the Santa Helena Breccia at Borralha," said James Robertson, President & CEO of Blackheath Resources. "Evidence of tungsten mineralization disseminated in the breccia and the numerous high-grade tungsten-bearing quartz-veins throughout the zone suggest the opportunity for a large and significant deposit that can be rapidly confirmed. Our exploration objective is to confirm the grade of the tungsten-bearing breccia."

The Santa Helena Breccia zone at Borralha has been partially mined by small, shallow open pits in areas of more extensive tungsten-bearing quartz veins. Other tungsten veins have been scavenged over the years, often by "apanhistas" or illegal miners, and all mining ceased in 1985 as a result of world-wide low tungsten prices. The breccia body is over 500 metres in length, 200 metres wide at the south end and open to an unknown depth.

The Borralha concession is located 60 km northeast of the major northern city of Porto and covers 127.5 km2 over several past producing zones. Tungsten occurred in numerous vertical and sub-horizontal veins as well as two breccia bodies, of which the Santa Helena breccia is the larger. Mining continued almost uninterrupted from 1903 to 1985, by French, British and German companies with two standstill periods from mid 1944 to late 1946, imposed by law, and from 1958 to late 1962. Production ceased in 1985 when tungsten prices dropped to sub-economic levels. The total production of wolframite and scheelite (tungsten minerals) concentrates from 1904 until the closing of Borralha, from underground and open pit sources, has been estimated at about 18,500 tonnes, although this number is approximate and may be substantially less than the true value.

Blackheath Resources Inc. is listed on the TSX Venture Exchange, and is focused on tungsten exploration and development in Portugal. The Company holds the past-producing Covas, Arga, Vale das Gatas, Adoria and Borralha tungsten projects and also the Bejanca tungsten/tin project. Management of Blackheath has previous experience in tungsten mining operations in Portugal through Primary Metals Inc., the operator of the Panasqueira Tungsten Mine from 2003 to 2007.

Further information about the company's activities may be found at www.blackheathresources.com and under the company's profile at www.sedar.com

On behalf of the Board,

This news release was prepared by Company management, who take full responsibility for its content. Barry J. Price, M.Sc., P.Geo. is a Qualified Person as defined by National Instrument 43-101 of the Canadian Securities Administrators. He has reviewed the technical disclosure in this release. Tungsten analyses were performed by ALS Chemex in Vancouver, Canada using standard assay techniques. 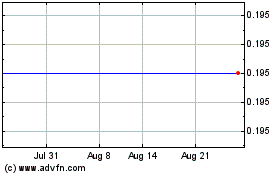 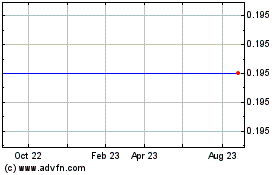 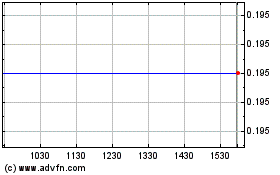