VANCOUVER, BC, May 5, 2022 /PRNewswire/ - Avcorp Industries Inc. (TSX: AVP) (the "Company" or "Avcorp") is pleased to announce that Avcorp has entered into a definitive arrangement agreement (the "Arrangement Agreement") with Latécoère S.A. (the "Purchaser"), a "Tier 1" international partner of the world's major aircraft manufacturers (Airbus, Boeing, Bombardier, Dassault, Embraer and Mitsubishi Aircraft), which serves aerospace with innovative solutions for a sustainable world.

Under the Arrangement Agreement, the Purchaser has agreed to acquire all of the issued and outstanding common shares of Avcorp (each, an "Avcorp Share") for consideration of $0.11 in cash per Avcorp Share. The consideration reflects a 16% premium to the closing price of the Avcorp Shares on the Toronto Stock Exchange (the "TSX") of $0.095 on May 4, 2022, the last trading day of Avcorp Shares prior to the announcement of the Arrangement (defined below), and a 28% premium to the weighted average trading price of the Avcorp Shares on the TSX of $0.080 for the 60 trading days ended on May 4, 2022. The transaction will be implemented by way of a court-approved plan of arrangement under the Canada Business Corporations Act (the "Arrangement").  Pursuant to the Arrangement, the Purchaser will pay a total of approximately $41 million for the Avcorp Shares.  Along with the repayment or assumption of Avcorp's net debt and other lease liabilities, the Arrangement implies a total transaction value of approximately $139 million for the Company.

Amandeep Kaler, Chief Executive Office of Avcorp, stated: "This transaction represents the culmination of an extended strategic review through a very challenging business environment to find a partner with the financial strength and expanded customer base to build upon Avcorp's developed expertise in composite aerostructure assembly and integration.  Along with an attractive premium to the weighted average share price, the transaction provides a liquidity event for all of our shareholders.  In addition, Avcorp's stakeholders will benefit from the enhanced financial position, broader customer base and improved competitive position resulting from the integration with a Tier 1 international partner."

Each of the directors and executive officers of Avcorp, together with certain other shareholders of Avcorp, who hold in the aggregate approximately 71.9% of the issued and outstanding Avcorp Shares (assuming no exercise of existing Avcorp Options) have entered into voting and support agreements with the Purchaser and have agreed to, among other things, vote all of their Avcorp Shares and Avcorp Options in favour of the Arrangement.

Pursuant to the Arrangement, each Avcorp Option outstanding immediately prior to the effective time of the Arrangement will automatically vest and be cancelled in exchange for a cash payment from the Company equal to the amount (if any) by which $0.11 exceeds the exercise price of such Avcorp Option.

In addition to securityholder and court approvals, the transaction is subject to applicable regulatory and stock exchange approvals and the satisfaction of certain other closing conditions customary in transactions of this nature. Subject to the satisfaction (or waiver) of the conditions precedent, the transaction is expected to close in Q3 2022.The Arrangement Agreement includes customary provisions relating to non-solicitation of alternative transactions, including Avcorp's right to consider and accept superior proposals, subject the Purchaser's right to match superior proposals.  Avcorp has also agreed to pay a termination fee to the Purchaser of $4,000,000 in connection with termination of the Arrangement Agreement due to the occurrence of certain events, including if the Arrangement is not completed as a result of a superior proposal.

Full details of the Arrangement Agreement will be included in a management information circular of Avcorp (the "Management Information Circular") to be filed with applicable regulatory authorities and mailed to Avcorp Securityholders in accordance with applicable securities laws.

Avcorp Securityholders and other interested parties are advised to read the materials relating to the proposed Arrangement, including the Arrangement Agreement that will be filed by Avcorp with securities regulatory authorities in Canada when they become available.  Anyone may obtain copies of these documents when available free of charge at the Canadian Securities Administrators' website at www.sedar.com.

This announcement is for informational purposes only and does not constitute a solicitation or a proxy.  All amounts are in Canadian currency unless otherwise stated.

Avcorp Composite Fabrication Inc. is wholly owned by Avcorp US Holdings Inc. Both companies are incorporated in the State of Delaware, USA, and are wholly owned subsidiaries of Avcorp Industries Inc.

Comtek Advanced Structures Ltd., incorporated in the Province of Ontario, Canada, is a wholly owned subsidiary of Avcorp Industries Inc.

Avcorp Industries Inc. is a federally incorporated reporting company in Canada and traded on the Toronto Stock Exchange (TSX:AVP).

These statements reflect the Company's current views with respect to future events and are necessarily based upon a number of assumptions and estimates that, while considered reasonable by the Company, are inherently subject to significant uncertainties and contingencies. Many factors, both known and unknown could cause actual results, performance or achievements to be materially different from the results, performance or achievements that are or may be expressed or implied by such forward-looking statements or information and the Company has made assumptions and estimates based on or related to many of these factors. Such factors include, without limitation, the satisfaction or waiver of all applicable conditions to closing of the Arrangement including, without limitation, receipt of all necessary shareholder, court and regulatory approvals or consents and lack of material changes with respect to Avcorp and its business, all as more particularly set forth in the Arrangement Agreement. In respect of the forward-looking statements and information concerning the anticipated completion of the proposed Arrangement and the anticipated timing for completion of the Arrangement, the Company has made certain assumptions that management believes are reasonable at this time, including assumptions as to the time required to prepare and mail shareholder meeting materials. These dates may change for a number of reasons, including unforeseen delays in preparing meeting material; inability to secure necessary shareholder, court and regulatory approvals in the time anticipated or the need for additional time to satisfy the other conditions to the completion of the Arrangement. Accordingly, readers should not place undue reliance on the forward-looking statements and information contained in this news release concerning these times. In addition, in the event the Arrangement Agreement is terminated in certain circumstances, Avcorp may be required to pay a termination fee to the Purchaser, the result of which could have a material adverse effect on Avcorp's financial position and results of operations and its ability to fund growth prospects and current operations. 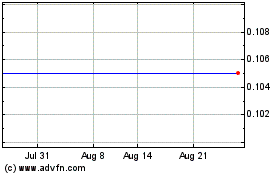 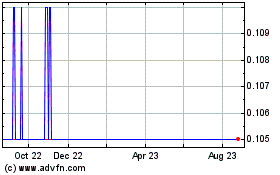 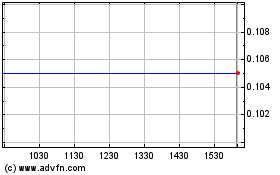