The Boards have authorized the renewal of a Repurchase Program for the following Funds:

The amount and timing of any repurchases under each Fund’s Repurchase Program will be determined either at the discretion of the Fund’s management or pursuant to predetermined parameters and instructions subject to market conditions. There is no assurance that any Fund will repurchase shares in any particular amounts. A Fund’s repurchase activity will be disclosed in its shareholder report for the relevant fiscal period. Any repurchases made under any Fund Repurchase Program will be made on a national security exchange at the prevailing market price, subject to exchange requirements and certain volume and timing limitations and other regulations under federal securities laws.

BlackRock’s purpose is to help more and more people experience financial well-being. As a fiduciary to investors and a leading provider of financial technology, we help millions of people build savings that serve them throughout their lives by making investing easier and more affordable. For additional information on BlackRock, please visit www.blackrock.com | Twitter: @blackrock | Blog: www.blackrockblog.com | LinkedIn: www.linkedin.com/company/blackrock

BlackRock will update performance and certain other data for the Funds on a monthly basis on its website in the “Closed-end Funds” section of www.blackrock.com as well as certain other material information as necessary from time to time. Investors and others are advised to check the website for updated performance information and the release of other material information about the Funds. This reference to BlackRock’s website is intended to allow investors public access to information regarding the Funds and does not, and is not intended to, incorporate BlackRock’s website in this release.

This press release, and other statements that BlackRock or the Funds may make, may contain forward-looking statements within the meaning of the Private Securities Litigation Reform Act, with respect to the Funds’ or BlackRock’s future financial or business performance, strategies or expectations. Forward-looking statements are typically identified by words or phrases such as “trend,” “potential,” “opportunity,” “pipeline,” “believe,” “comfortable,” “expect,” “anticipate,” “current,” “intention,” “estimate,” “position,” “assume,” “outlook,” “continue,” “remain,” “maintain,” “sustain,” “seek,” “achieve,” and similar expressions, or future or conditional verbs such as “will,” “would,” “should,” “could,” “may” or similar expressions.

With respect to the Funds, the following factors, among others, could cause actual events to differ materially from forward-looking statements or historical performance: (1) changes and volatility in political, economic or industry conditions, the interest rate environment, foreign exchange rates or financial and capital markets, which could result in changes in demand for the Funds or in the Funds’ net asset values; (2) the relative and absolute investment performance of the Funds and their investments; (3) the impact of increased competition; (4) the unfavorable resolution of any legal proceedings; (5) the extent and timing of any distributions or share repurchases; (6) the impact, extent and timing of technological changes; (7) the impact of legislative and regulatory actions and reforms, including the Dodd-Frank Wall Street Reform and Consumer Protection Act, and regulatory, supervisory or enforcement actions of government agencies relating to the Funds or BlackRock, as applicable; (8) terrorist activities, international hostilities, health epidemics and/or pandemics and natural disasters, which may adversely affect the general economy, domestic and local financial and capital markets, specific industries or BlackRock; (9) BlackRock’s ability to attract and retain highly talented professionals; (10) the impact of BlackRock electing to provide support to its products from time to time; and (11) the impact of problems at other financial institutions or the failure or negative performance of products at other financial institutions. 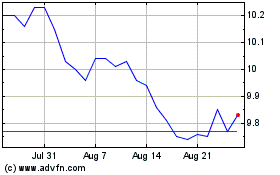 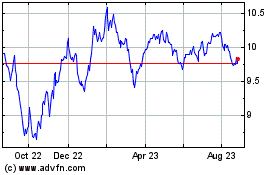 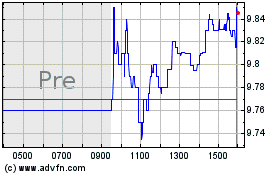