Securities registered pursuant to Section 12(b) of the Act: Title of each class Trading Name of each exchange on which registered

On November 7, 2019, Baker Hughes, a GE company, LLC (“BHGE LLC”) and Baker Hughes Co-Obligor, Inc. (the “Co-Obligor,” and together with BHGE LLC, the “Issuers”) closed the offering of $525,000,000 aggregate principal amount of 3.138% Senior Notes due 2029 (the “Securities”). The Securities, which were offered and sold pursuant to an Underwriting Agreement (the “Underwriting Agreement”) by and among the Issuers and BofA Securities, Inc. and Morgan Stanley & Co. LLC as representatives of the underwriters named therein, are registered pursuant to the Company’s shelf registration statement on Form S-3 (File Nos. 333-222111 and 333-22211-01), filed on December 15, 2017.

The Issuers used the net proceeds from the offering of the Securities to redeem its 3.200% notes due 2021 in accordance with the indenture governing such notes. This Current Report on Form 8-K does not constitute a notice of redemption under such indenture. 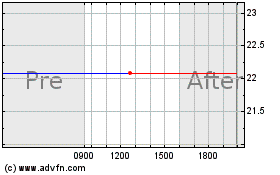