On June 7, 2021, Inovio Pharmaceuticals, Inc. (the “Company”) entered into an Amended and Restated Collaboration and License Agreement (the “Restated Agreement”) with Advaccine Biopharmaceuticals Suzhou Co., Ltd. (“Advaccine”). The Restated Agreement amends and restates that certain Collaboration and License Agreement, dated as of December 31, 2020, by and between the Company and Advaccine (the “Original Agreement”). Under the terms of the Original Agreement, the Company granted to Advaccine the exclusive right to develop, manufacture and commercialize the Company’s COVID-19 DNA vaccine candidate, INO-4800, within the territories of mainland China, Taiwan, Hong Kong and Macau (referred to collectively as “Greater China”).

On June 8, 2021, the Company and Advaccine announced that they intend to jointly conduct a global Phase 3 segment of the Company’s ongoing Phase 2/3 trial of INO-4800. The Company and Advaccine entered into the Restated Agreement in order to expand their existing collaboration to include the planned global Phase 3 trial. Under the Restated Agreement, the Company has granted to Advaccine the exclusive right to develop, manufacture and commercialize INO-4800 within 33 additional countries in Asia.

Under the Restated Agreement, the parties have agreed to use their commercially reasonable efforts to design a global Phase 3 study plan and to conduct the trial in accordance with that plan. The parties will jointly participate in the trial and will equally share the global development costs for the trial, including the Company’s manufacturing costs to supply INO-4800. In certain instances, the Company will have the right to convert the exclusive license to a non-exclusive license in the licensed territories, other than Greater China, unless Advaccine agrees to pay the Company its full share of development costs in excess of a specified maximum. Notwithstanding the foregoing, Advaccine will be fully responsible for conducting the trial in Greater China, including its costs and expenses incurred in conducting the trial in Greater China. The Company will be fully responsible for its costs and expenses, if any, incurred solely as a result of its activities in connection with the performance of the trial in the United States. The parties may continue to conduct clinical trials of INO-4800 outside of the territories covered by the Restated Agreement.

In the event that a global purchasing entity desires to enter into a purchase agreement for INO-4800 in both parties’ territories, the parties will enter into good faith negotiations for an arrangement to supply INO-4800 to such entity. In addition, the Company is permitted to enter into an agreement with a global purchasing entity to authorize the entity to conduct a portion of the global Phase 3 trial in the licensed territory outside of Greater China.

Under the Original Agreement, Advaccine made an upfront payment to the Company of $3.0 million and a payment of $2.0 million upon the dosing of the first subject in a Phase 2 clinical trial of INO-4800 in China. Under the Restated Agreement, the Company is entitled to receive up to an aggregate of $206.0 million upon the achievement of additional specified milestones related to the development, regulatory approval and commercialization of INO-4800, including the achievement of specified net sales thresholds for INO-4800 in the expanded territory, if approved. The Company will also be entitled to receive a royalty equal to a high single-digit percentage of annual net sales in each region within the licensed territory, subject to reduction in the event of competition from biosimilar products in a particular region and in other specified circumstances. Advaccine’s obligation to pay royalties will continue, on a licensed product-by-licensed product basis and region-by-region basis, for ten (10) years after the first commercial sale in a particular region in the licensed territory or, if later, until the expiration of the last-to-expire patent covering a given licensed product in a given region. Beginning in the first calendar year following the first commercial sale of INO-4800 in the licensed territory outside of Greater China, Advaccine will pay the Company an annual maintenance fee of $1.5 million for a period of five years, which fee will be creditable against any royalties payable by Advaccine with respect to sales outside of Greater China.

On June 8, 2021, the Company issued a press release announcing the Restated Agreement. A copy of this press release is furnished herewith as Exhibit 99.1 to this report. The information contained in the press release furnished as Exhibit 99.1 shall not be deemed “filed” for purposes of Section 18 of the Securities Exchange Act of 1934, as amended (the “Exchange Act”), and is not incorporated by reference into any of the Company’s filings under the Securities Act of 1933, as amended, or the Exchange Act, whether made before or after the date hereof, except as shall be expressly set forth by specific reference in any such filing. 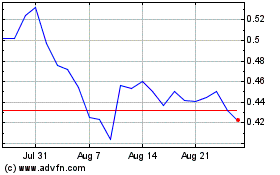 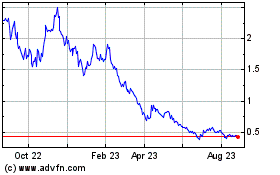 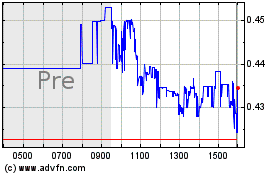