Indicate by check mark if the registrant is submitting the Form 6-K in paper as permitted by Regulation S-T Rule 101(b)(1):  [ ]

Indicate by check mark if the registrant is submitting the Form 6-K in paper as permitted by Regulation S-T Rule 101(b)(7):  [ ]

RESULTS OF THE ANNUAL GENERAL MEETING OF SHAREHOLDERS OF GRAVITY CO., LTD.

The AGM was held with a quorum present and the agenda items were resolved by the shareholders in accordance with the Korean Commercial Code and the Company’s Articles of Incorporation as follows:

Furthermore, the Company’s 2019 Annual Business Report was presented to the shareholders at the AGM.

The Company’s Board of Directors, consisting of the seven reelected directors and a newly elected independent director, held a meeting immediately following the AGM (the “Board Meeting”). At the Board Meeting, Mr. Hyun Chul Park was reappointed as Chief Executive Officer and Mr. Yoshinori Kitamura was reappointed as Chairman of the Board of Directors.

The Company expects to file the Company’s consolidated and separate financial statements, including the notes thereto, which are prepared in the Korean language prepared in accordance with Korean IFRS and audited in accordance with Korean Standards on Auditing as of and for the years ended December 31, 2019 and December 31, 2018 (“2019/2018 Korean IFRS consolidated and separate financial statements”) with the Financial Supervisory Service of Korea no later than April 14, 2020. The condensed English translation version of the 2019/2018 Korean IFRS consolidated and separate financial statements is expected to be submitted to the United States Securities and Exchange Commission on Form 6-K at the same time. 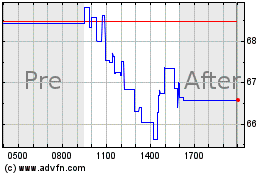