As a result of the Merger closing (see Note 3), as of March 15, 2021, the Company had outstanding warrants to purchase an aggregate of 534,067 shares of common stock, 102,817 of which were exercisable. The warrants were previously issued by ADOMANI, Inc. and assumed in the
Merger. In connection with the second closing of the Financing discussed in the Company’s Annual Report on Form
10-K
filed with the SEC on April 26, 2022, the Company issued additional warrants to purchase up to 958,333 shares of its common stock, all of which were exercisable as of June 30, 2022.
Approximately 27,483 stock warrants have expired in the six months ending June 30, 2022.
The Company’s outstanding warrants as of June 30, 2022 is summarized as follows, and all were exercisable at that date.

On January 20
, 2022
, Mr. Monfort dismissed his cross-complaint for indemnification against the Company in the Mollik action. On April 8
, 2022
, the Company and Boustead Securities, LLC (“Boustead”) settled their respective cross-claims against each other in both the Mollik action and Brooks action in exchange for the Company paying fifty thousand dollars ($50,000) in cash and 20,415
shares of common stock and mutual releases between parties. On August 5, 2022, the Santa Clara Superior Court approved this Settlement rendering it finally effective, with consideration being forthcoming. There are no longer any cross claims pending in the Mollik action.
On February 3, 2020, the Company acquired substantially all the assets of Ebus in a foreclosure sale through a credit bid in the amount of $582,000, representing the amount then owed by Ebus to the Company evidenced by a secured promissory note. Following the Company’s successful credit bid at the foreclosure sale, Ebus’s obligations under the note were extinguished and the Company was entitled to take possession of substantially all of the assets of Ebus. While the Company was able to take possession of some of the assets, Ebus prevented the Company from taking possession of all of the assets purchased at the foreclosure sale. As a result, on April 13, 2020, the Company filed a complaint captioned ADOMANI, Inc. v. Ebus, Inc., et al., in the Superior Court of California for the County of Los Angeles, Case No. 20ST CV 14275, against Ebus and certain of its insiders and affiliates seeking to recover the remainder of the assets and related damages. On January 14, 2021, a cross-complaint was filed against the Company by Ebus, Inc. and Anders B. Eklov for Unjust Enrichment and Conversion of Domain Name, seeking monetary damages and injunctive relief. A settlement agreement was entered into on March 15, 2022. 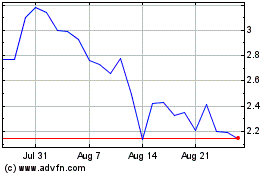 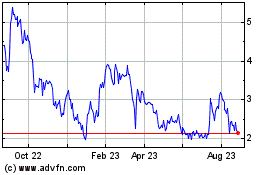 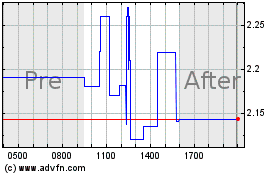