Appointment of Mark J. Fitzpatrick to the Board of Directors

On April 6, 2021, the Board appointed Mark J. Fitzpatrick to the Board, effective April 6, 2021. Mr. Fitzpatrick will serve as a Class I director with a term expiring at the Company’s next annual meeting of stockholders, which is expected to be held on June 3, 2021 (the “Annual Meeting”), and until such time as his successor is duly elected and qualified, or until his earlier death, resignation or removal. Further, effective immediately following the Annual Meeting, the Board appointed Mr. Fitzpatrick to serve as a member of the Audit Committee of the Board, subject to his election as a director by the Company’s stockholders at the Annual Meeting. The Company expects that Mr. Fitzpatrick will also be appointed as chairman of the Audit Committee.

Mr. Fitzpatrick served as the President and Principal Financial Officer of Chiasma, Inc., a commercial-stage biopharmaceutical company (“Chiasma”), from June 2019 to January 2021, and previously served as President and Chief Executive Officer and a member of the board of directors of Chiasma, from October 2016 to June 2019 and Chief Financial Officer of Chiasma from June 2015 to October 2016. Prior to Chiasma, from May 2011 to June 2015, Mr. Fitzpatrick served as Chief Financial Officer at Aegerion Pharmaceuticals, Inc., a commercial-stage biopharmaceutical company specializing in the treatment of rare diseases. He also held the position of Chief Financial Officer at Proteon Therapeutics, Inc., RenaMed Biologics, Inc., Dynogen Pharmaceuticals, Inc., WorldStreet Corporation and Diacrin, Inc., and has more than 30 years of financial management experience in both public and private companies. Mr. Fitzpatrick began his professional career at Arthur Andersen LLP. Mr. Fitzpatrick received his B.S. in Accounting from Boston College in 1984 and earned a Certified Public Accountant certificate in the Commonwealth of Massachusetts in 1987. We believe Mr. Fitzpatrick is qualified to serve on our Board based on his extensive experience in executive management in the life sciences industry and his financial knowledge and experience.

On April 6, 2021, James N. Topper, M.D. and Andrew A. F. Hack, M.D., Ph.D. notified Allena Pharmaceuticals, Inc., a Delaware corporation (the “Company”), of their intent to not stand for reelection to the Company’s Board of Directors (the “Board”) at the Annual Meeting and, as a result, each of their terms will end upon the conclusion of the Annual Meeting. Dr. Topper will also resign from his position as member and chairman of the Nominating and Corporate Governance Committee of the Board, and Dr. Hack will resign from his position as a member and chairman of the Audit Committee of the Board, effective upon the conclusion of the Annual Meeting. Neither Dr. Topper’s nor Dr. Hack’s decision to not stand for reelection was related to any disagreement with the Company on any matter relating to its operations, policies, practices or any issues regarding financial disclosures, accounting or legal matters.

A copy of the press release issued by the Company announcing the foregoing activities is furnished as Exhibit 99.1 hereto. 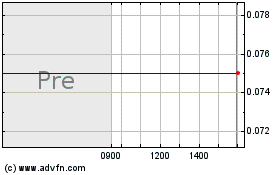