132.11
-4.42 (-3.24%)
Real-Time
Market Open
132.11
Litecoin (LTC) Performs Better Than Bitcoin In Last 24 Hours – Upward Motion In The Coming Days?
August 30 2022 - 01:30AM
NEWSBTC
Litecoin (LTC) has been having a rough time pumping its value since 2022’s big market meltdown. The majority of cryptocurrencies likewise was experiencing the same misery. Since last month, however, the (bear) market has shown indications of resurgence (well, depending on which cryptocurrency article you are reading), allowing LTC to reach $63 by the middle of this month. The public’s interest in cryptocurrencies has varied drastically over the past several years. It has piqued the curiosity of investors, whose passion with cryptocurrencies has increased with time. Bitcoin, which has become synonymous with producing crypto millionaires and growing people’s digitized fortune, has been the central objective of this enthusiasm. Related Reading: Bitcoin Cash Loses 10% In Last 24 Hours, Despite 40% Hike In Trading Volume Litecoin Flexes Muscle In Last 24 Hours Since Bitcoin’s inception, hundreds of different crypto assets have been created or split off of it. Litecoin, a Bitcoin offshoot or more technically ‘fork’, is one of these altcoins, the term for non-Bitcoin cryptocurrencies. Litcoin, on the other hand, has distinguished itself by showing greater indications of recuperation in the last 24 hours, with a performance gain of over 2%. LTC’s growth over the past 24 hours was even higher compared to leading cryptocurrencies such as Bitcoin and Ethereum. As of this writing, Litecoin is trading at $56.18, up 1% in the last seven days. In comparison, Bitcoin is at $20,251, down 6.2% in the last week. The latest market decline brought LTC’s price past the $51 level. Along with the decline in altcoin’s price, the MVRV (Market Value to Realized Value) ratio also decreased, signaling a likely market bottom. Consequently, there is a chance that Litecoin’s price will continue to grow in the days ahead. Risk-To-Reward Ratio Down – Time To Buy LTC? Further, an intriguing trend for investors was the reduction in the altcoin’s reserve risk. This shift typically presents a chance for investors to purchase, as the risk-to-reward ratio has improved. In contrast to the preceding figures, Litecoin’s development activities increased over the last seven days. For the cryptocurrency, this bodes well because it shows that engineers are engaged and committed to making the blockchain better. After a brief period of consolidation in the $52-$55 zone, the Litecoin price pattern indicates that bullish acceleration is currently regaining traction. On August 28, the MACD graph below suggests a strong crossing as the blue line is about to flip the red line. This indicates that a price increase for LTC may be forthcoming. Nonetheless, RSI was spotted at 44.55 without displaying an obvious positive indicator like MACD. Alternatively, the Exponential Moving Average (EMA) ribbon suggested a negative bias in the market, since the red line was perched above the yellow line and the disparity appeared to be extending. Related Reading: Flow Monitoring: Why This Price FLOW May Not Attract Short-Term Traders LTC total market cap at $3.95 billion on the daily chart | Source: TradingView.com Featured image from ITNext, chart from TradingView.com
Bitcoin Cash (COIN:BCHUSD)
Historical Stock Chart
From Dec 2022 to Jan 2023 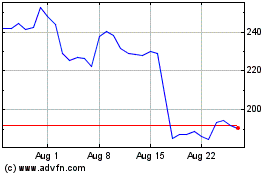 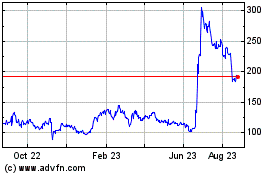 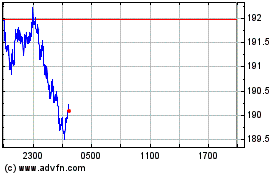