Securities registered pursuant to Section 12(g) of the Act: None

Appointment of Andrea G. Mandel-Mantello and Resignation of Philippe Blanc

On June 29, 2021, the board of directors (the “Board”) of Elys Game Technology, Corp. (the “Company”) appointed Andrea G. Mandel-Mantello to serve as a member of the Board. The appointment was effective immediately and Mr. Mandel-Mantello will serve on the audit committee. On July 1, 2021, Philippe Blanc resigned as a director of the Company. The resignation was not a result of any disagreement between the Company and Mr. Blanc on any matter relating to the Company’s operations, policies or practices. As a result, the size of the Board will remain at five members.

There are no family relationships between Mr. Mandel-Mantello and any of the Company’s directors or executive officers nor does Mr. Mandel-Mantello have any direct or indirect material interest in any transaction required to be disclosed pursuant to Item 404(a) of Regulation S-K. Other than as described below, there were no arrangements or understandings by which Mr. Mandel-Mantello was named as a member of the Board.

In accordance with the Company’s policy as currently in effect, Mr. Mandel-Mantello will receive a cash retainer for his service on the Board for service on each committee of which he is a member. Mr. Mandel-Mantello is expected to execute the Company’s standard form of indemnification agreement, a copy of which is filed as Exhibit 10.1 with this Current Report on Form 8-K and is incorporated herein by reference.

Mr. Mandel-Mantello has approximately 40 years of experience in international corporate finance, M&A and equity banking matters. Since July 1997, he has served as the Founder and Chief Executive Officer of Advicorp PLC, a London-based investment banking firm. He also has served since February 2012, as a member of the board of directors of GABF Ltd. (The Great Bagel Factory), which was acquired by Chef Express UK Ltd (Cremonini Group), and from July 2011 as a member of the board of directors and President of Cesare Ragazzi Laboratories (AdviHair S.r.l.), a Bologna, Italy based leading hair treatment and hair restoration company acquired out of bankruptcy. From February 1988 until January 1997 Mr. Mandel-Mantello was an Executive Director - Corporate Finance based in London at Swiss Bank Corporation Group (now known as UBS Group AG).

On July 5, 2021, the Company entered into an employment agreement dated July 1, 2021 with Mark Korb, age 53 ,the Company’s Chief Financial Officer, (the “Korb Employment Agreement”), to employ Mr. Korb, on a full-time basis commencing September 1, 2021, as Chief Financial Officer for a term of four (4) years, at an annual base salary of $360,000 and such additional performance bonus payments as may be determined by the Company’s board of directors with a target bonus of 40% of his base salary. Mr. Korb will also be entitled to pension, medical, retirement and other benefits available to other Company senior officers and directors and he will receive an allowance of up to $2,000 per month towards medical and welfare benefits. In connection with the Korb Employment Agreement,on July 1, 2021, the Compensation Committee of the Board granted Mr. Korb, an option to purchase 400,000 shares of the Company’s common stock. The shares of common stock underlying the option award vest pro rata on a monthly basis over a thirty-six month period. The options are exercisable for a period of ten years from the date of grant and have an exercise price of $4.03 per share.

In addition, the Korb Employment Agreement also provides for certain payments and benefits in the event of a termination of his employment under specific circumstances. If his employment is terminated by the Company other than for “Cause,” death or Disability or by Mr. Korb for “Good Reason” (each as defined in the Korb Employment Agreement), he will be entitled to receive from the Company in equal installments over a six month period (1) an amount equal to one (1) times the sum of: (A) his base salary and (B) an amount equal to the highest annual MBO Bonus (as defined in the Korb Employment Agreement”) paid to him (if any) in respect of the two (2) most recent fiscal years of the Company but not more than his MBO Bonus for the-then current fiscal year (provided if such termination occurs within the first twelve (12) months of the Agreement, the

Pursuant to the Employment Agreement, Mr. Korb has also agreed to customary restrictions with respect to the disclosure and use of the Company’s confidential information and has agreed that work product or inventions developed or conceived by him while employed with the Company relating to its business is the Company’s property. In addition, during the term of his employment and if terminated for cause for the 12 month period following his termination of employment, Mr. Korb has agreed not to (1) perform services on behalf of a competing business which was the same or similar to the types services he was authorized, conducted, offered or provided to the Company, (2) solicit or induce any of the Company’s employees or independent contractors to terminate their employment with the Company, (3) solicit any actual or prospective customers with whom he had material contact on behalf of a competing business or (4) solicit any actual or prospective vendors with whom he had material contact to support a competing business.

There are no family relationships between Mr. Korb and any of the Company’s directors or executive officers nor does Mr. Korb have any direct or indirect material interest in any transaction required to be disclosed pursuant to Item 404(a) of Regulation S-K.

The following exhibits are filed with this Current Report on Form 8-K. 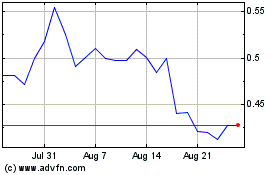 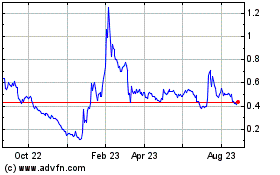 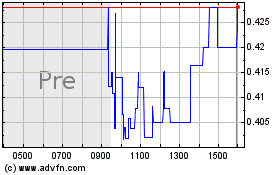