CYCLACEL PHARMACEUTICALS, INC.
(Exact name of registrant as specified in its charter)

On December 9, 2009, Cyclacel Pharmaceuticals, Inc. (the “ Company ”) received a determination letter from the NASDAQ Listing Qualifications Staff (the “ Staff ”) at The NASDAQ Stock Market LLC (“ NASDAQ ”) notifying the Company that it does not comply with the $10 million minimum stockholders’ equity requirement of the continued listing rules of The NASDAQ Global Market (“ Listing Rules ”) set forth in NASDAQ Marketplace Rule 5450(b)(1)(A), and that the Company’s securities are subject to delisting, unless the Company appeals the Staff’s determination to the NASDAQ Listing Qualifications Panel (the “ Panel ”) by no later than December 16, 2009.

The Company intends to request a hearing before the Panel by no later than December 16, 2009, consistent with instructions contained in the determination letter, which will stay the Staff’s determination to delist the Company’s securities on The NASDAQ Global Market pending the issuance of the Panel’s decision. Under NASDAQ’s Listing Rules, the Panel may, at its discretion, determine to continue the listing of the Company’s securities on The NASDAQ Global Market for a maximum of 180 days from the date of the NASDAQ’s determination letter, or through June 7, 2010. There can, however, be no assurance that the Panel will grant the Company’s request for continued listing.

On December 15, 2009, the Company issued a press release announcing its receipt of NASDAQ’s determination letter. A copy of the press release is being furnished as Exhibit 99.1 to this report and is incorporated herein by reference.

The following exhibit is furnished herewith: 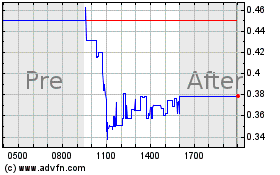