LONDON, ON, May 5, 2015 /PRNewswire/ - Fortune Minerals Limited (TSX: FT) (OTCQX: FTMDF) ("Fortune" or the "Company") (www.fortuneminerals.com) and POSCO Canada Limited ("POSCAN") are pleased to announce the completion of an agreement with the British Columbia Government with respect to their coal licenses located in the Klappan area of northwest British Columbia, Canada (the "Arctos Project"). Fortune, through wholly-owned Fortune Coal Limited ("Fortune Coal"), and POSCAN, through wholly-owned POSCO Klappan Coal Ltd. ("POSCO Klappan"), are partners in the Arctos Anthracite Joint Venture ("AAJV"). Pursuant to the agreement with Her Majesty the Queen in Right of the Province of British Columbia (the "Province"), and British Columbia Railway Company ("BC Rail"), the AAJV has sold its interests in 61 contiguous coal licenses in the Klappan, totaling 16,411 hectares, to BC Rail for $18,308,000. The AAJV partners maintain the exclusive right to purchase back the coal licenses at the same price for a 10-year option period. If both partners do not wish to exercise the repurchase option, each of them may do so individually. Fortune and POSCAN have also entered into an amending agreement to restructure the AAJV and share the proceeds from the sale of the Arctos coal licenses on an equal basis after purchasing the royalty held by the previous owner of the property for $308,000. Fortune will use its $9 million share of the funds from this transaction for working capital and to repay debt.

"This is a good outcome for Fortune Minerals in the context of the current market" commented Robin Goad, President and CEO of the Company. "Fortune and POSCAN invested significant funds and effort to try to resolve the complex First Nations issues associated with the proposed development of the Arctos Project. Mining is a cyclical industry, and considering the weak metallurgical coal prices at the present time, it was considered prudent to step back from Arctos and focus our efforts on our near-term production assets. The back-in option allows for the repurchase the coal licenses should conditions improve and make development an attractive path forward for the joint venture."

Fortune and POSCAN are selling their respective interests in the Arctos Project to BC Rail in order to allow the Province and Tahltan First Nation to continue their dialogue on a shared vision for responsible resource management in the Klappan. By maintaining the coal licenses in BC Rail, the Province is preserving the value of the coal deposits while it continues its discussions with the Tahltan. Fortune and POSCAN can repurchase the licenses should this dialogue be successful in determining that development can occur in the area under a framework of mutual respect and cooperation. The companies will each receive $9 million in exchange for amounts already expended on the Arctos Project and supporting the Province in providing the time it needs to continue its dialogue with the Tahltan.

Pursuant to the agreement, the Province will also perform, at its expense, any reclamation required on the road to Lost Ridge that was constructed to support previous test mining activities at the site under the existing mine permits. This road is being maintained in the interim period because it is used by members of the Tahltan First Nation and may also be required for any future mining at the site should development of the project occur in the future.

Under the amending agreement between Fortune and POSCAN, the interests of both companies have been restructured such that each company now owns 50% of the AAJV, and Fortune continues to be the Operator. The realignment of interests in the joint venture was done to allow both companies to share equally in the cash proceeds of the agreement with the Province. It also eliminates certain funding schedule obligations of the partners contemplated under the original joint venture agreement. Previously, Fortune would have been required to fund the next $80 million of work on the Arctos project and would have received the first $80 million of revenues from the development. POSCAN also previously held an option, which if exercised, would have required Fortune to pay $16 million to POSCAN if Fortune was unable to finance the next $80 million of work. Under the amending agreement, both companies will be responsible for their respective 50% pro-rata shares of future expenditures on the project. Additionally under the amending agreement, Fortune will assume the responsibility for reclaiming the Arctos site from the joint venture's previous work on the property, but will also be entitled to receive the funds currently held in trust as security for this work.

Fortune and POSCAN are also pleased to report the purchase of the royalty that was held by the previous owner of the property for $308,000. This royalty of $1 per tonne of product sold from the project will be reinstated should the back-in option to repurchase the licenses be exercised by Fortune and/or POSCAN over the 10-year option period.

About the Arctos Anthracite Joint Venture:

The AAJV was established as an international collaboration between Fortune and South Korea's POSCO – one of the world's largest steel producers, in order to develop the significant anthracite metallurgical coal deposits in the Klappan area of northwest British Columbia. The Arctos coal licenses are located 330 km northeast of the Port of Prince Rupert and straddle the existing BC Rail right-of-way and largely completed road bed. The AAJV had intended to complete the railway to the site in order to provide rail access to the Ridley Coal Terminal in Prince Rupert for export of metallurgical coal products to the overseas steel and metal processing industries.

Fortune is a diversified North American mining and development company that owns and operates the Revenue Silver Mine in Colorado, U.S.A. The Company is developing the vertically integrated NICO Gold-Cobalt-Bismuth-Copper Project that is comprised of a proposed mine and mill in Canada's Northwest Territories ("NT") that will produce a bulk concentrate for shipment to a refinery the Company plans to construct in Saskatchewan for processing to high value metal and chemical products. Fortune also owns the Sue-Dianne Copper-Silver-Gold Deposit and other exploration projects in the NT. Fortune is focused on outstanding performance and growth of shareholder value through assembly and development of high quality mineral resource projects. 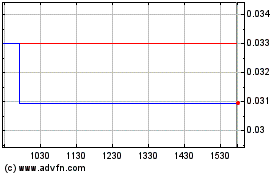