Note: Schedules filed in paper format shall include a signed original and five copies of the schedule, including all exhibits. See Rule 13d-7 for other parties to whom copies are to be sent.

Reference is hereby made to the original statement on Schedule 13D filed with the Securities and Exchange Commission (the “SEC”) on July 5, 2021 (as amended on August 20, 2021, October 20, 2021 and November 11, 2021, and January 7, 2022, the “Schedule 13D”) with respect to the common shares, no par value, and series B-1 shares, no par value, of the Issuer (the “Common Shares”) and the common shares and ADSs of Taiwan Liposome Company, Ltd., the Issuer’s predecessor registrant (“TLC”). TLC has become a wholly-owned subsidiary of the Issuer in a share swap between the two companies, as part of a series of related transactions that would result in, among others, a change of the holding company of the TLC business from Taiwan to Cayman Islands (the “Restructuring”).

This Amendment is being filed by TLC Biosciences Corp., a Cayman Islands company (“TLC Biosciences”); Teal Sea Holding Corp., a Cayman Islands company (“Teal Sea”); Sea Crest Holding Corp., a Cayman Islands company (“Sea Crest”, and together with Teal Sea and TLC Biosciences, the Corporate Owners”); and Chang-Hai Lin, Yu-Hua Lin, Chin-Pen Lin, Tai-Ping Wu, Cheng-Hsien Lin, Chin-Nu Lin, Tien-Huo Che, Yan-Huei Lin, Keelung Hong and George Yeh (the “Individual Owners”). The purpose of this Amendment is to reflect changes in the the interest of the Reporting Persons in the Common Shares subsequent to the most recent filing of the Schedule 13D (the “Previous Schedule 13D”). Unless otherwise indicated, all capitalized terms used herein but not defined herein shall have the same meanings as set forth in the Previous Schedule 13D.

Except as amended and supplemented in this Amendment, the information set forth in the Schedule 13D remains unchanged.

Item 3: Source and Amount of Funds or Other Consideration

Item 3 of the Schedule 13D is hereby supplemented as follows:

The Restructuring was financed partly by PAG through PAG’s purchase of the Note. On February 11, 2022, the Investment Commission, a regulatory authority in Taiwan, issued the approval to verify the completion of the Restructuring.

On or around February 17, 2022, as part of a series of transactions related to the financing of the Restructuring, additional collateral was provided to PAG to support the repayment obligations under the Note. These additional collateral include 33,566,797 ordinary shares and 3,000,000 series A-2 shares of TLC Biosciences that are held by Teal Sea and 1,375,752 ordinary shares of Teal Sea that are held by George Yeh.

Item 5: Interest in Securities of the Issuer

Item 5 of the Schedule 13D is hereby replaced in its entirety as follows:

In connection with the Sea Crest Share Exchange and other transfer of shares to shareholders unaffiliated with the Individual Owners, the voting powers held by Sea Crest and Teal Sea in TLC Biosciences have changed. Such changes have not affected the control of Sea Crest and Teal Sea over TLC Biosciences, nor the arrangement agreed between the two Corporate Owners embodied in the SHA, a copy of which was filed as an exhibit in the Previous Schedule 13D.

As Teal Sea is a controlling person of TLC Biosciences, Teal Sea may be deemed to have beneficial interests in the Subject Shares.

As all the Individual Owners, as a group, own all of the issued and outstanding share capital of Teal Sea and share a common understanding that Teal Sea shall be jointly controlled by them, they may be deemed to be acting as a “group” for purposes of Section 13(d) of the Exchange Act and share the beneficial ownership of the Subject Shares. Each Individual Owner expressly disclaims any beneficial ownership over the Common Shares, except as to his or her pecuniary interest thereunder.

Item 6: Contracts, Arrangements, Understandings, or Relationships with Respect to Securities of the Issuer

Item 6 of the Schedule 13D is hereby supplemented by the Explanatory Note and Item 5 of this Amendment.

Item 7: Material to be Filed as Exhibits

Item 7 of the Previous Schedule 13D is hereby supplemented as follows:

The following exhibit is being filed under this Statement:

Exhibit 99.1 Joint Filing Agreement, dated February 17, 2022, by and among the Reporting Persons. 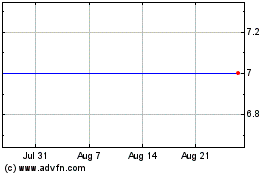 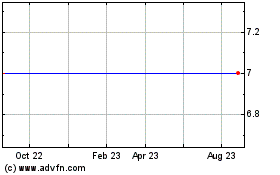 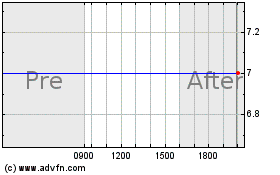