Mr. Settle noted: “Serving on Research Frontiers’ Board has given me confidence that our company is on an exciting path to transform how cars, buildings, aircraft and other vehicles and consumer electronics are made and used, and their benefits to the environment and society. My responsibilities to my family and professional life have taken more of my time and energy than I had anticipated when I joined the Research Frontiers Board in 2020. And the demands on my time and concentration escalated when I joined the effort to evacuate and resettle our Afghan allies after the United States withdrew in late August and with humanitarian efforts in Eastern Europe. I started my relationship with Research Frontiers in 1986 when it became a public company. As a long-time shareholder, I am grateful for the opportunity to serve on this Board and plan to continue to be engaged, albeit less formally, with the Company.”

Joseph M. Harary, President and CEO of Research Frontiers noted: “Through the years, and even before becoming a member of our Board of Directors in 2020, Graham has been a steady presence and familiar face at Research Frontiers and in the smart glass industry, and has made valuable contributions to Research Frontiers. While we all will miss having his insights and experience at our Board meetings, we will continue to draw upon his expertise and knowledge through his service on our Advisory Board. When a person has the ability and opportunity to save human lives, we must do everything we can to support that effort.”

For those wishing to learn more about Graham Settle’s humanitarian efforts in Ukraine and Afghanistan and about Operation We Care, please contact Research Frontiers at info@SmartGlass.com.

Mr. Settle was first introduced to the Company by its founder, Bob Saxe, in 1986 at the time of Research Frontiers Initial Public Offering, four years after beginning his career on Wall Street with Morgan Stanley/Dean Witter in 1982. His due diligence and involvement over time has led him to make significant investments including direct participation in the Company’s capital raising transactions and purchases in the open market. Mr. Settle became a formal member of Research Frontiers Board of Directors in 2020.

In 1994, Mr. Settle was tapped to manage AT&T Capital’s newly established small and medium enterprise initiative in North and South Carolina. The 1996 acquisition of AT&T Capital marked the beginning of 18 years of foreign operations with a move to Bosnia and Herzegovina to establish the war-torn nation’s first micro-finance institution. Under his leadership, and in partnership with bilateral and multilateral shareholders, the fledgling firm reached profitability and went on to rank #14 in Forbes Top 50.

Graham Settle was also a founding member of identity theft and cybersecurity firm InfoArmor in 2007. InfoArmor was acquired by All State Insurance in 2018.

In addition to his accomplishments in developing countries, Graham Settle has created companies, trained professionals and published and lectured around the globe in multiple disciplines.

Item 5.07 Submission of Matters to a Vote of Security-Holders 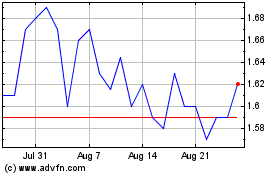 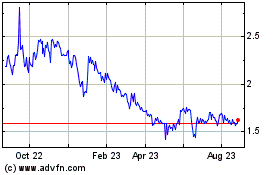 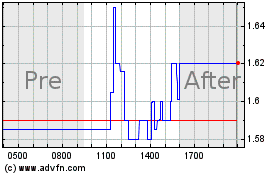