The objectives of the study were to establish safety and tolerability of two doses of trehalose as well as to assess the effect of the drug on reducing the rate of clinical decline in this progressively disabling disease.

The key findings of the study included:

SARA is a clinical scale that assesses a range of different impairments in cerebellar ataxia. The scale is made up of eight measurements related to gait, stance, sitting, speech, finger-chase test, nose-finger test, fast alternating movements and heel-shin test.1 A recently published long-term natural history study in patients with SCA3 showed an average annual increase of 1.56 points on the SARA scale score, denoting the disease progression.2

Warren Wasiewski, MD, Bioblast’s Chief Medical Officer said, “The stability of the patients in terms of their SARA scale scores during the 6-month study period was promising, given the steadily worsening nature of the disease.  It was also encouraging to see that patients who continued beyond the initial treatment period maintained stable SARA scores as well.

“In a relentlessly deteriorating neurological disease such as SCA3, one needs to show a slowing or halting of progression to be considered clinically meaningful. The outcomes from this trial provide valuable information that will assist in the design of a second clinical trial using trehalose in SCA3 patients.”

Susan Perlman, MD, Clinical Professor of Neurology and the Director, Ataxia Center and HD Center of Excellence at the David Geffen School of Medicine at UCLA commented on the results, “Given that the natural history controls would have predicted a worsening in the SARA score, the fact that the average of the patients over 6-12 months did not show worsening is encouraging. Corroboration of this result in a double-blind, placebo-controlled study in a larger number of patients would be an appropriate next step in determining the value of trehalose in SCA3.”

Zohar Argov, MD, Professor (Emeritus) of Neurology at Hebrew University Hadassah Medical School, and former President of the European Neurological Society and Special Medical Advisor to Bioblast commented, “Hereditary ataxias – of which SCA3 is one out of a group that includes more than six others – have various genetic defects with presumed different pathophysiologies. SCA3 is the typical and the most frequent form for those several SCAs with a repeat expansion defect that causes protein aggregation.

“Any therapy development for these hereditary ataxias should keep in mind the chronicity of the condition and its rate of progression over several years. Consequently, in order to truly evaluate the effect of a drug on patients with these diseases, studies need to be conducted over a significant period of time but in any case, not less than six months in order to get results that are robust.”

The most common adverse event in the Phase 2a SCA3 study as well as in the prior Phase 2a study in Oculopharyngeal Muscular Dystrophy (OPMD) was transient and benign glucosuria, lasting for a few hours after infusion of trehalose. Glucosuria is the result of the metabolism of trehalose by the enzyme trehalase into two glucose molecules and subsequent excretion in the urine.

Expanding the safety database of trehalose in people

The results of this study add to the increasingly valuable database Bioblast has accumulated on trehalose’s safety in progressive genetic neurological diseases as well as in healthy subjects.

A total of 57 people have been exposed to trehalose: 25 patients with OPMD, 14 patients with SCA3, and 18 healthy subjects, with some patients having been on the drug for up to 24 months. These patients and healthy volunteers have received a total of more than 2,100 doses of trehalose IV, representing a total of more than 53,000g. Overall, trehalose has been well tolerated in all 57 people: no infusion reactions were reported and no safety signals identified. No adverse event has led to discontinuation of study drug, or drug related death.

Bioblast has received a U.S. patent for administration of trehalose to treat SCA3 (and OPMD) that is expected to expire in 2033. In addition, the company has secured Orphan Drug Designation for SCA3 and OPMD in the U.S. and in the EU.

Trehalose is a low molecular weight disaccharide (.342 kDa) that protects against pathological processes in cells. It has been shown to penetrate muscle and cross the blood brain barrier. In animal models of several diseases associated with abnormal cellular-protein aggregation, it has been shown to reduce pathological aggregation of misfolded proteins as well as to activate autophagy pathways through the activation of Transcription Factor EB (TFEB), a key factor in lysosomal and autophagy gene expression. Activation of TFEB is an emerging therapeutic target for a number of diseases with pathologic accumulation of storage material.

Information on Trehalose in OPMD

Trehalose 90mg/mL IV solution is being developed as a treatment for OPMD based on studies in cell and animal models of OPMD where it demonstrated the ability to reduce aggregation of the pathological protein (PABPN1) in muscle cells, the hallmark of the disease, by stabilizing the protein, reducing the formation of protein aggregations, and promoting clearance of abnormal proteins through activation of autophagy, thereby preventing muscle cell death.

In a Phase 2a open label study of patients with OPMD, trehalose administered as a weekly infusion of 27g for six months showed an improvement in dysphagia as measured by the reduced time to consume 80 cc of cold water, nectar and honey. In the 12 month follow up of that study designed as a withdrawal study, those patients who were randomized to stay on drug continued to have reduced drinking time and those who were withdrawn from drug had an increase in the drinking time. These data suggest that the treatment effect is sustained in the those who continue to receive trehalose and was lost in those who were withdrawn from treatment.

Beyond OPMD, Bioblast is currently conducting analyses to determine the next orphan disease for which it will investigate the use of trehalose as a therapeutic agent. Bioblast intends to make such a decision in the first half of 2017.

SCA3, also known as Machado-Joseph disease, is the most common form of hereditary cerebellar ataxias, which are a group of genetic diseases characterized by ataxia, spasticity, difficulty with speech and swallowing, weakness in arms and memory deficits. Symptoms can begin in early adolescence and get worse over time. Eventually SCA3 leads to paralysis, and severe cases can lead to an early death in the fourth decade of life. SCA3 is currently considered incurable, and there is no approved pharmacologic treatment for SCA3.

OPMD is an inherited myopathy characterized by dysphagia (difficulty in swallowing), eyelid drooping (ptosis) and the loss of muscle strength in multiple muscles of the limbs.  Symptoms generally appear in mid-life and get worse over time.  As the dysphagia becomes more severe, patients may become malnourished, may lose significant weight, and may suffer from repeated incidents of aspiration pneumonia. The disease is caused by a genetic mutation responsible for the creation of a mutant protein (PABPN1) with an expanded polyalanine domain that aggregates within patient muscle cells.  There is no approved pharmacologic treatment for OPMD.

Bioblast Pharma is a clinical-stage biotechnology company committed to developing clinically meaningful therapies for patients with rare and ultra-rare genetic diseases.  Bioblast is traded on the NASDAQ under the symbol “ORPN”. For more information, please visit our website: www.BioblastPharma.com, the content of which is not incorporated herein by reference.

This press release contains forward-looking statements within the meaning of the “safe harbor” provisions of the Private Securities Litigation Reform Act of 1995 and other Federal securities laws. For example, we are using forward-looking statements when we discuss future clinical studies, analyses and possible orphan diseases to be investigated. In addition, historic results of scientific research and clinical and preclinical studies do not guarantee that the conclusions of future research or studies will suggest identical or even similar conclusions or that historic results referred to in this press release would not be interpreted differently in light of additional research and clinical and preclinical study results. Because such statements deal with future events and are based on Bioblast Pharma Ltd.'s current expectations, they are subject to various risks and uncertainties and actual results, performance or achievements of Bioblast Pharma could differ materially from those described in or implied by the statements in this press release, including those discussed under the heading “Risk Factors” in Bioblast Pharma's Annual Report on Form 20-F filed with the Securities and Exchange Commission ("SEC") on March 29, 2016, and in any subsequent filings with the SEC. Except as otherwise required by law, Bioblast Pharma disclaims any intention or obligation to update or revise any forward-looking statements, which speak only as of the date hereof, whether as a result of new information, future events or circumstances or otherwise. 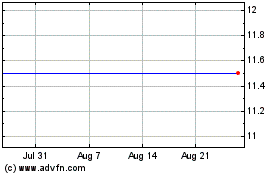 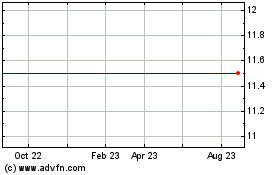 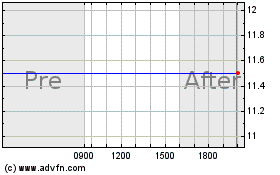