Russian President Vladimir Putin on Thursday transferred all rights and obligations of a consortium behind the Sakhalin-2 oil and gas project to a new Russian entity, effectively giving the Kremlin a veto over which foreign investors will be allowed to keep their stake.

Sakhalin-2, in Russia's far east, is one of the world's largest oil and gas projects that supplies about 4% of the global liquefied natural gas market. Shortly after Moscow's invasion of Ukraine, Shell PLC said it would sell its 27.5% stake in the project as part of plans to leave Russia altogether. Japan's Mitsubishi Corp. and Mitsui & Co. own 10% and 12.5% of the project respectively, while Russian energy giant Gazprom PJSC owns 50%.

Robust inflation and a stock-market rout didn't do much for gold prices in the first half of the year. Investors don't expect conditions to improve.

After gold climbed near records in March, prices slumped over the next three months to their biggest quarterly percentage decline in more than a year. The most actively traded gold futures contract has fallen 7.5% to $1,807.30 a troy ounce, its worst quarter since the 9.5% decline in the period ending in March 2021.

Morocco's wheat production is forecast to fall by 70% in the marketing year from June 2022 through May 2023 compared with the prior year due to drought, the U.S. agriculture department said late Wednesday.

Production is estimated at 2.25 million metric tons, down from 7.54 million tons in 2021-22, the department said in its Morocco grain and feed update.

0856 GMT - Silver prices are likely to test prepandemic lows according to analysts at Swiss-investment bank UBS, amid "Rising U.S. rates, a stronger dollar and increasing US recession risks." Prices in New York are currently sitting at $19.69 a troy ounce, the lowest level since July 2020 and down over 13% from the start of the year. "We think fundamental conditions are also falling into place for silver prices to reach pre-pandemic levels. In short, we expect prices to test $19 an ounce," the bank's analysts say. Prices at the start of 2020 hovered between $17-18 an ounce. They advised against adding silver exposure and "to hedge their long silver positions over the next six months." (yusuf.khan@wsj.com)

0823 GMT - Copper prices in London are at their lowest level since February 2021, as recession fears continue to hit demand for the red metal. Three-month prices are down 3.1% to $7,980 a metric ton. "Recession concerns have gained the upper hand and weighed on metals prices," Commerzbank analysts Carsten Fritsch and Barbara Lambrecht say in a note. "The LME base metals index has plunged by 25% in the past three months and finds itself at its lowest level since April of last year. This was also the most pronounced quarterly loss in nearly 14 years," they add. (yusuf.khan@wsj.com)

0736 GMT - Oil prices weaken and are on course for their third consecutive weekly loss as recession fears have weighed on demand. Brent crude oil edges down 0.2% to $108.78 a barrel and WTI declines 0.6% to $105.17. Concerns are rising that central bank tightening and soaring inflation will weigh on global growth and push the U.S. and other major economies into a recession, reducing demand for oil. "The inter-week collapse in oil price reflects growing recessionary concerns," says SPI Asset Management in a note. Oil prices have risen too quickly and mounting risk of a recession is putting a cap on prices, it adds. (william.horner@wsj.com)

Iron Ore Prices May Come Under Pressure in 2H

0320 GMT - Iron ore prices may moderate in 2H as steel inventories have been building up, Fitch Ratings says in a note. "The longer it takes for construction and manufacturing sectors in China to reopen, the more likely it is that steel margins will come under pressure and some capacity is curtailed, putting pressure on iron ore prices," the ratings firm says. The most-traded September iron-ore contract on the Dalian Commodity Exchange falls 4.6% to CNY765.5 a ton. (clarence.leong@wsj.com)

Write to Yusuf Khan at yusuf.khan@wsj.com 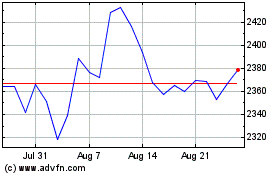 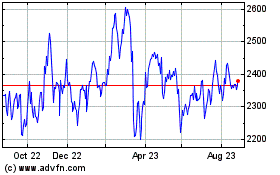 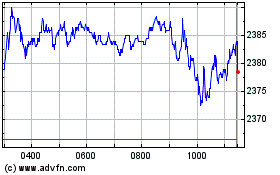