The FTSE 100 index closed up on Tuesday boosted by gains for Royal Dutch Shell PLC and BP PLC, resuming their moves higher after last week's losses, IG says. "Now that the news about Shell having to slash emissions has been fully digested by the market, it seems ready to join BP in making further gains, which in turn should help the FTSE 100 consolidate its recent move higher," says Chris Beauchamp, analyst at IG.

Software company itim Group PLC, which provides technology to store-based retailers, on Tuesday said it will be valued at 48.1 million pounds ($67 million) on admission to trading on London's junior AIM market, based on the price of its initial public offering.

Shares in Trackwise Designs PLC fell Tuesday after the company warned that some revenue originally expected for this year will be delayed into 2022, but said that it swung to a pretax profit for 2020.

Trading in Guaranty Trust Bank PLC securities has been temporarily suspended as of Tuesday by the U.K. Financial Conduct Authority, at the request of the company.

Shares of Victorian Plumbing Group PLC rose as much as 17% on Tuesday as the company started trading on London's junior AIM, implying a market capitalization of 993.1 million pounds ($1.38 billion).

Shares in analytics company Spectral MD Holdings, Ltd. traded above the price of their initial public offering in their debut on London's junior AIM market on Tuesday.

Trading in Guaranty Trust Bank PLC securities has been temporarily suspended as of Tuesday by the U.K. Financial Conduct Authority, at the request of the company.

Zinnwald Lithium PLC said Tuesday that it has agreed to acquire the 50% of Deutsche Lithium GmbH that it doesn't already own for 8.8 million euros ($10.5 million) from the estate of SolarWorld Aktiengesellschaft, which is in administration.

The U.K. Competition and Markets Authority said Tuesday that it has served an enforcement order on NCR Corp. over its completed $2.5 billion acquisition of ATM operator Cardtronics PLC while it completes a review into the deal.

Coca-Cola HBC AG said Tuesday that it will start a consultation with shareholders after its remuneration reports were passed with 28% of opposition at the annual meeting.

1236 GMT - The Bank of England is likely to unwind some quantitative easing as a means to start tightening monetary policy before raising interest rates, which may take place later than the market expects, says Capital Economics. "There's a good chance that when the Bank of England's Monetary Policy Committee starts to tighten monetary policy it will do it by unwinding some quantitative easing before it raises interest rates," says chief U.K. economist Paul Dales. He projects the consumer price index won't stick above the 2% target until late in 2023, suggesting that monetary policy will be tightened later than the market expects, perhaps even in 2024, as opposed to 2022. That would be consistent with the gilt yield curve steepening rather than flattening, he adds.

1211 GMT - The U.K. faces potential food shortages and delivery delays amid an exodus of lorry drivers following the country's EU exit, a logistics expert says. The U.K. has a shortfall of around 70,000 drivers that could trigger delays, empty shelves and higher prices, parcel-delivery comparison website ParcelHero says. "The reason is all too obvious. Our analysis of government figures last October showed thousands of EU drivers and warehouse operatives fleeing the U.K. to avoid Brexit regulations," ParcelHero's David Jinks says. "It's high time the U.K. government worked with the EU to clear up issues around customs delays and charges, Northern Ireland deliveries and increased transport costs. That means revisiting some of the terms of the fudged, last-minute UK-EU Brexit agreement."

1156 GMT - HSBC Holdings was the biggest faller on the FTSE 100 on Monday following the announcement of a potential loss on the sale of its French retail banking business. The bank's announcement didn't come as a surprise, but the terms of the disposal aren't particularly attractive, Shore Capital says. Shore says the financial hit of the disposal will be mainly recognized in the bank's accounts during 2022 if completed. However, Shore also notes that the sale should help to enhance the lender's return on tangible equity going forward and will likely lift its pretax profitability. Shares in London are down 0.8% at 423.20 pence.

1130 GMT - The Bank of England is set to keep monetary policy on hold this Thursday while strengthening its rhetoric around removing stimulus measures adopted in the wake of the pandemic, says Bank of America. "Inflation and growth data are outperforming BOE forecasts but delaying the final stage of lockdown easing should have only a small impact" on bank officials' views, analysts at the bank say. They think another rate-setter may join chief economist Andy Haldane to vote in favor of ending quantitative easing early. BofA expects the BOE to raise the Bank Rate by 15 basis point to 0.25% in May 2022 and begin quantitative tightening shortly afterwards.

1058 GMT - For Staffline Group, the increasingly evident skills shortage should be a positive, Liberum says. The recruitment-and-training company's Recruitment GB division has scope for further gains in market share, currently at 10%, reporting only a 9% fall in 2020 EBIT--of which 70% is from blue collar on site activity--to GBP4.2 million despite pandemic-related disruption, Liberum says. The division continues to enjoy good growth in food processing and logistics, which should have low cyclicality, and is seeing a stronger recruitment pipeline, the brokerage says. "We note that trading has improved in the last couple of months as the easing of restrictions has led to a steep increase in both temporary and permanent vacancies," Liberum says.

0952 GMT - Shares in Thor Explorations are up 2.5% on the gold miner's first day of dealings on the London AIM. The company's Segilola project is the first major gold mine in Nigeria. Thor is on track to imminently begin generating positive cash flow, as Segilola production ramp-up is expected from the third quarter, says Canaccord Genuity, the company's broker. It expects Thor to deliver significant excess cash flow within the next 12 months, noting that management is already considering dividend policy options. "Should this transpire, we believe this would act as a clear differentiating factor to many other junior gold companies," Canaccord says.

0936 GMT - Shares in Morses Club rise 8.9% after the financial services provider reported an encouraging start to the year, particularly in the digital business, Peel Hunt says. The trading update highlights that the company is benefiting from strong demand and an increasingly strong market position, which bodes well for future levels of profitability. Peel Hunt, a corporate broker for Morses, raises its target price to 100 pence from 75 pence and reaffirms its buy rating on the stock. 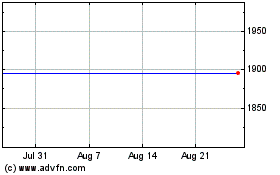 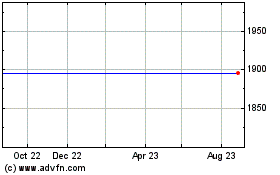