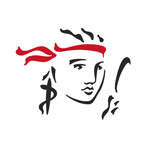 --Prudential said 2020 earnings were boosted by Asia, offsetting a fall in the U.S.

--The Jackson spinoff is expected to complete in the second quarter

--The company declared a second interim dividend of 10.73 cents a share

Prudential PLC said Wednesday that it is considering an equity raising of $2.5 billion to $3 billion once the demerger of its U.S. business has completed, as it reported a 9.3% rise in net profit for 2020.

The insurance-and-investment business said any equity raising will be through a global offering to institutional and Hong Kong retail investors. The extra funds will boost the company's financial flexibility and de-lever its balance sheet.

"As an Asia-focused company, the group believes there are clear benefits from increasing both its Asian shareholder base and the liquidity of its shares in Hong Kong. The allocation of any offering will take into account a number of criteria including the interests of existing shareholders," Chief Executive Mike Wells said.

"The proposed demerger [of Jackson] will complete Prudential's structural shift from a diversified global group to a growth business focusing exclusively on the unmet health, financial protection and savings needs of people in Asia and Africa," Mr. Wells said.

Under the demerger shares in Jackson will be distributed to Prudential shareholders, although no terms have been disclosed yet. Prudential expects to own a 19.9% shareholding in Jackson after it lists, which it plans to sell over time.

Prudential made an IFRS net profit from continuing operations of $2.12 billion for the year ended Dec. 31, compared with $1.94 billion for 2019.

Adjusted operating profit--one of the company's preferred metrics, which strips out exceptional and other one-off items--was $5.51 billion compared with $5.31 billion. Prudential said the rise reflects the continued growth of its Asia businesses, offset by lower U.S. profits.

Group LCSM shareholder surplus--a key measure of balance-sheet strength--was estimated at $11.0 billion, equivalent to a ratio of 328%, compared with a ratio of 309% at Dec. 31, 2019. Local capital summation method, or LCSM, has been agreed with the Hong Kong Insurance Authority, Prudential said. 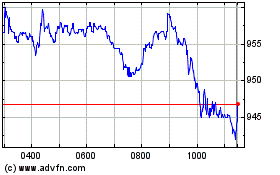