A new financial data giant will be born in the coming weeks, and investors are cooing. Living up to their hopes could be hard work.

This week, London Stock Exchange Group got the green light from European Union antitrust officials to proceed with its takeover of Refinitiv, a full 18 months after the $15 billion all-share tie-up was announced. This was the last major hurdle for a deal that will bring together financial-market plumbing and data services. The transaction is now expected to complete within weeks.

Financial data is a hot sector. Shares in listed providers S&P Global and FactSet Research Systems are up by roughly two-thirds over three years and trade for 26 and 28 times prospective earnings respectively, according to the latter -- more than the wider market. Investors have even higher expectations for LSE: Its stock changes hands for 37 times, having risen almost 150% in dollar terms over three years.

The underlying reason is strong demand for financial information. Users want it to identify trading signals, design portfolios, feed automated trading systems, better assess risk, track regulatory compliance and improve operations. Market-data revenues grew roughly 6% in both 2018 and 2019, according to consulting firm Burton-Taylor. Bloomberg and Refinitiv are the market leaders, and smaller players have been consolidating. S&P Global agreed late last year to buy IHS Markit, itself the product of a 2016 merger.

The fourth-largest exchange company globally by market capitalization, LSE focuses on trading, post-trade clearing, and information services including the FTSE Russell index group. That data business contributed around 40% of revenue and profit last year, and will be a greater share after LSE sells its Italian business, a concession made to secure EU merger approval. Privately held Refinitiv collects, consolidates and sells data, primarily via its Eikon terminals and linked data-feeds, and has fixed-income and currency-trading platforms.

The basic logic of the LSE-Refinitiv deal is to combine a data producer with a data supplier. By linking both ends of the value chain, the companies hope to cross-sell services to each other's clients and create new products, such as indexes for fixed income and trendy ESG factors.

They are promising top-line growth of 5% to 7% in the three years after completion. That looks ambitious: In the third quarter last year both posted around 2% year-over-year revenue growth. Returns from the deal will also come from refinancing and paying down some of Refinitiv's $12.5 billion debt and cutting costs, which should be more straightforward.

Refinitiv's desktop business will be a challenge. It has been losing market share as Bloomberg has continued to grow. It has good data, but needs to be simpler to use, says Michael Werner, an analyst at UBS. He thinks the combined new group doesn't need to beat Bloomberg but rather just "narrow the gap," so its can eventually raise prices. This will likely require investment in its systems and possibly bolt-on acquisitions.

Bloomberg has an agreement with Dow Jones & Co., the publisher of The Wall Street Journal, to distribute news, and the companies' newswires compete.

There are the usual deal risks too. Integrating IT systems and company cultures can be tough and expensive, though acquisitive LSE has extensive experience.

Understandably, the companies limited disclosure ahead of what promised to be an intense merger investigation. With that complete, investors need more detail on the lofty revenue ambitions that have helped boost the stock 78% in dollar terms since news of the deal leaked. A true challenger to Bloomberg is an exciting prospect, but LSE has a lot to do. 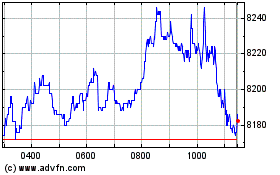